IMD to launch system for predicting thunderstorms by April 2019

The IMD has decided to implement an end-to-end prediction system for predicting thunderstorms or lightning by April 2019. 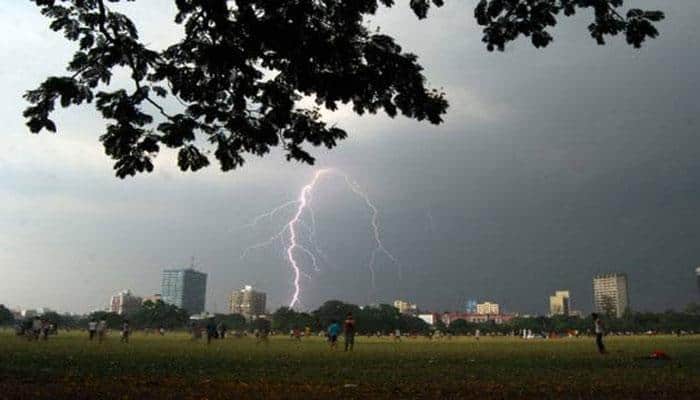 In view of life-threatening thunderstorms and lightning during the pre-monsoon season, the India Meteorological Department (IMD) has decided to implement an end-to-end prediction system for predicting thunderstorms or lightning by April 2019.

"Last year, during the pre-monsoon season a series of thunderstorm or dust storm affected the northern states and claimed about 200 lives. Hence, the IMD will be implementing an end-to-end prediction system for predicting thunderstorms or lightning by April 2019," Ministry of earth sciences said in a release on Monday.

"IITM Pune has already installed 48 lightning sensors around the country which can locate the thunderstorm/lightning activities in real time. The institute has also developed a mobile app called `DAMINI` to give alerts on impending lightning activity over the area," Vardhan said while addressing the media here.

Vardhan also informed that currently IITM Pune and IMD are developing a new website for IMD along with the mobile apps for farmers and city forecasts.

"These new tools will help IMD to disseminate forecasts and warnings on time," he said adding the new website and apps will be ready for launch by June 2019.

Vardhan said that the IMD, in a bid to further strengthen its observational network will install "10 new X-band weather radars" over north-west Himalayas (Jammu and Kashmir, Himachal Pradesh and Uttarakhand) by end of this year.

Also, as per the earth sciences ministry, 11 more C-band radars will be installed by IMD over the plains of India including one over Andaman Nicobar Islands and one over Lakshadweep Islands by 2020.

"In addition, IMD is installing 200 Automated Weather Stations (AWS) at District Agromet Units for providing weather services to farmers and another 200 AWS will be installed over major cities and towns for providing city-specific weather information and forecasts, it said.

"On the specific request from Kerala Government, IMD will also be installing 100 new AWS including rain-gauges to monitor weather activities in the state," Vardhan`s office said.

In another initiative, Vardhan informed that IITM Pune with the help of IMD and Mumbai Municipal Corporation is installing a new dense rain-gauge network over Mumbai with 200 rain-gauges.

In addition, 4 X-band radars will be also installed so that a merged rainfall data set at 2-kilometre resolution will be prepared and made available to the public in real time.

"This facility will help the city administration and general public to know the prevailing rainfall situation in the city in real-time. For this purpose, a mobile app has already been developed," the Minister said.