Imran Khan should hand over PoK if Pakistan does not want war: Ramdas Athawale

Reports are coming in that people in PoK don't want to be with Pakistan and want to join India, claimed Union minister Ramdas Athawale. 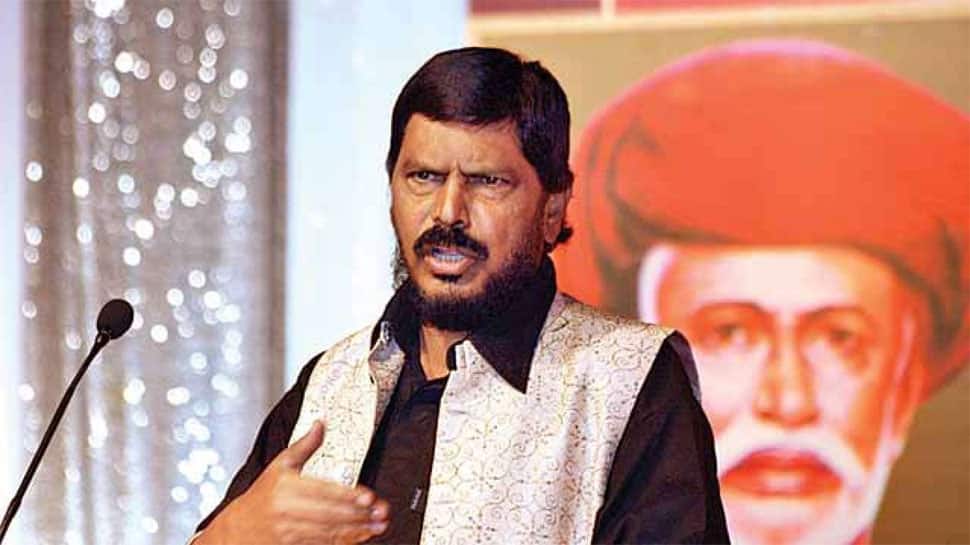 Union minister Ramdas Athawale on Friday issued a stern warning to Pakistan, saying that if the neighbour wants to avoid a war with India, then country’s Prime Minister Imran Khan should “hand over” Pakistan-occupied-Kashmir (PoK) to India.

Speaking at an event in Chandigarh, Minister of State for Social Justice and Empowerment Athawale said that “if Pakistan wants good for itself, it should hand over PoK to us (India)”, adding that Imran Khan should do this to benefit Pakistan’s interests.

“Reports are coming in that people in PoK don't want to be with Pakistan and want to join India. For the last 70 years, Pakistan has had one-third of our Kashmir captured. It is a serious matter,” said the Union minister.

The remark by Athawale comes just a day after Union minister and former Army chief VK Singh said that Prime Minister Narendra Modi-led NDA government has a “special strategy” with regard to PoK.

General Singh, Minister of State for Road Transport and Highways, was responding to the Army chief statement wherein General Rawat had said that the Army was always ready for action in PoK, however, it was waiting for the Centre's order. Former Army chief said that there is a "strategy, but it cannot be disclosed in public".

On Thursday, Army chief General Bipin Rawat had sent out a strong message to Pakistan and said that the Centre needed to take a decision with regard to PoK, stressing that "Army is ready for any scenario".

"The government takes action in such matters. Institutions of the country will work as per the orders of the government. The Army is always ready," said Rawat. Talking about Jammu and Kashmir, Army Chief General Rawat said people of the region must help the Army in maintaining peace and security in the region. He added that Kashmiris have been bearing the brunt of terrorism for many years now and they should give one chance to the government to bring peace and development in the region.