In pic: Rhinos finding shelter on a piece of land amid floodwater in Assam

A picture of a group of rhinoceros exhausted due to their struggle against the wading waters in Assam's Kaziranga National Park has gone viral on social media. 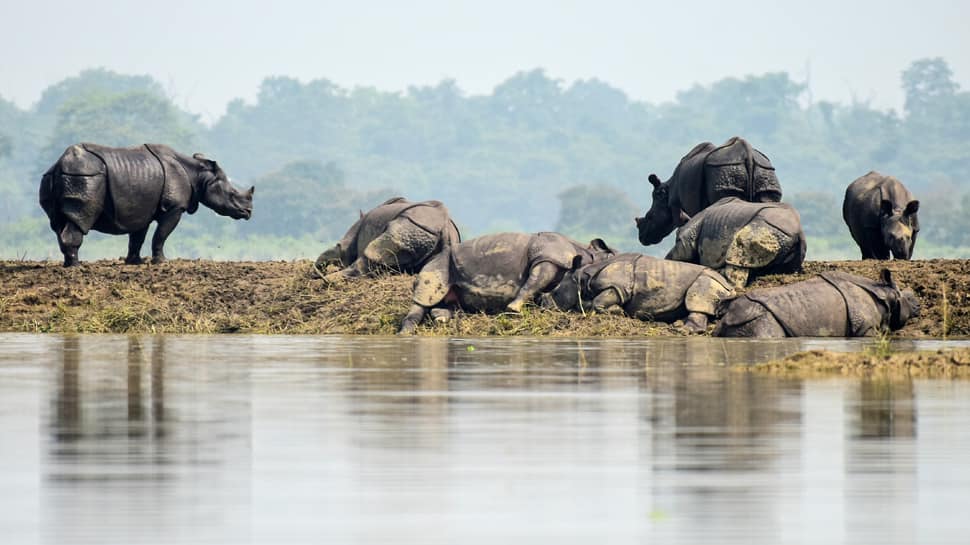 Guwahati: A picture of a group of rhinoceros exhausted due to their struggle against the wading waters in Assam's Kaziranga National Park has gone viral on social media.

The one-horned rhinos in the picture can be seen resting on dry patches of land in Kaziranga, 80 per cent of which has been submerged under floodwater due to the devastating floods and landslides which have struck the state.

The Assam State Disaster Management Authority (ASDMA) on Thursday said that 37 people have lost their lives and a total 4,128 villages in 103 revenue circles of 28 districts have been affected due to floods which occurred owing to the incessant rain in the region.

On Thursday, a picture of a tiger lying on a bed in a house near the national highway was widely circulated on the internet. As per reports, the tiger had strayed from the flooded Kaziranga in hope to find some shelter and ended up in this house. 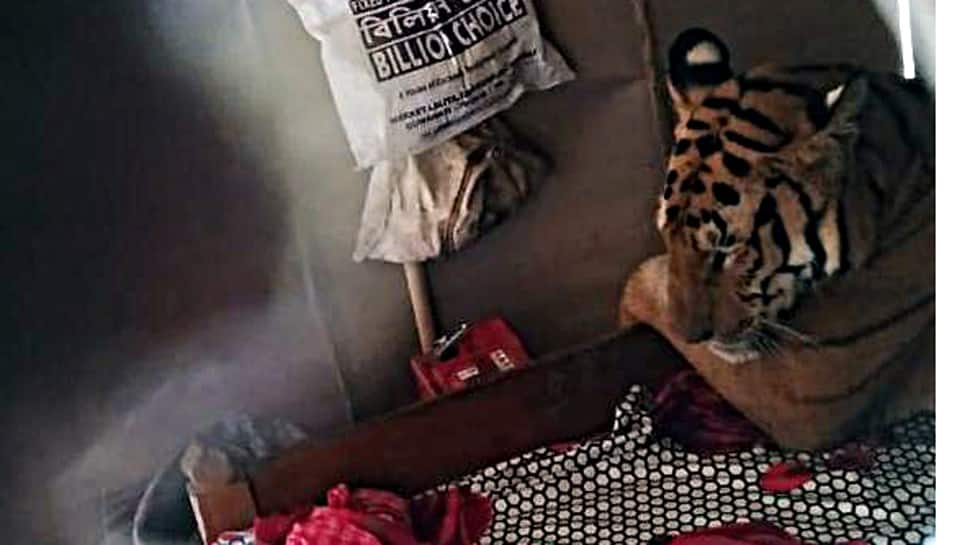 The picture, tweeted by the Wildlife Trust India, showed the helplessness of the animals enduring the wrath of the flood.

Notably, Assam's Kaziranga National Park is spread across the floodplains of the Brahmaputra river, which is currently flowing above the danger level in Jorhat, Tezpur, Guwahati, Goalpara, and Dhubri.

The ASDMA has informed that around 53,52,107 people have been affected due to flood across the state.

The displaced people have been provided shelter in 427 relief camps and 392 relief distribution centres set up by state government in different districts of the state.