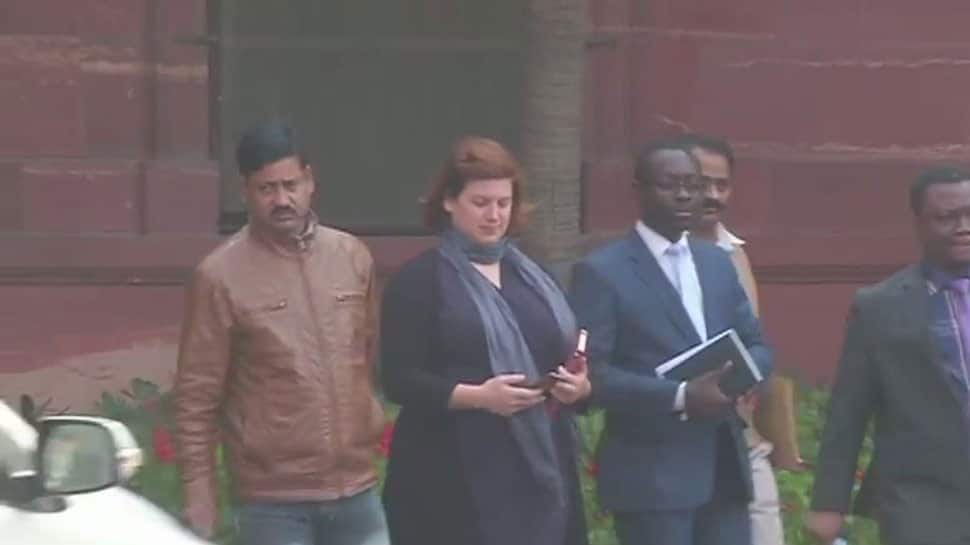 NEW DELHI: The Government of India (GoI) on Thursday briefed foreign diplomats over the ongoing crisis with Pakistan after its jets violated India's airspace on Wednesday and were chased and one of them was shot down by the Indian Air force.

According to news agency ANI, top officials of the Ministry of External Affairs (MEA) today held a briefing of diplomats from 10 countries, including Germany, Dominican Republic, Nigeria, South Africa and Belgium.

During the briefing, the MEA officials reportedly apprised the foreign diplomats about India's stand vis-a-vis the crisis with Pakistan and its demand for the ''safe and immediate return'' of the captured Indian pilot.

Delhi: Visuals from outside Ministry of External Affairs. Meeting of Foreign Secy with diplomats from 10 countries, including Germany, Dominican Republic, Nigeria, South Africa & Belgium, has concluded. The Foreign Secy briefed them on updates in situation b/w India & Pakistan. pic.twitter.com/vGD1Z7hVpY

It is understood that India has álso made it clear to the foreign diplomats of ten countries that there will be ''no deal'' whatsoever with Pakistan and it wants nothing less than the safe and urgent release of its pilot.

News agency ANI, quoting sources, reported that India has outrightly rejected any possibility of a deal with Pakistan to bring the pilot back home and has accused Islamabad of trying to create a 'Kandahar-type pressure.'

Sources also said that India wants Pakistan to know that they should not use the pilot has a card to negotiate with.

A day earlier, on Wednesday, India had slammed Pakistan for the vulgar display of the injured pilot and had said that it violates the Geneva Convention.

Tensions between the two countries are extremely high since the terror attack on a CRPF convoy on February 14 which killed 40 troopers. The attack was claimed by Pakistan-based Jaish-e-Mohammed. India hit back with its air force crossing the LoC and hitting several terror camps in the wee hours of Tuesday in what was a pre-emptive strike against non-military installations.

Pakistan, instead of concentrating on addressing the problem of home-grown terrorism, has been harping that India is guilty of war-mongering. Even still, its air force crossed into Indian air space on Wednesday in an unsuccessful bid to target Indian military installations. In the dogfight that ensued, one F-16 jet of PAF was shot down while India lost a MiG-21 Bison jet. Its pilot was taken into custody by Pakistan forces.

Meanwhile, Foreign Minister of Pakistan - Shah Mahmood Qureshi - has said that his country is willing to release the pilot if it ensures tensions with India ease off.

The Pakistan FM said that PM Imran Khan's offer of talks with PM Narendra Modi on all issues of conflict was still open and it is ready to come to the negotiation table if New Delhi responds positively.