India Space Research Organisation (ISRO) on Monday launched its second moon mission Chandrayaan-2 at 2:43 pm. The launch took place from Satish Dhawan space centre in Sriharikota in Andhra Pradesh, a week after it was aborted on July 15, just 56 minutes before the launch due to a "technical snag".

New Delhi: India Space Research Organisation (ISRO) on Monday launched its second moon mission Chandrayaan-2 at 2:43 pm. The launch took place from Satish Dhawan space centre in Sriharikota in Andhra Pradesh, a week after it was aborted on July 15, just 56 minutes before the launch due to a "technical snag".

The world has its eyes on the mission which, if successful, would make India only the "fourth nation after the United States, China, and Russia to make a soft-landing on the lunar surface," reported International news website CNN.

The Reuters UK called the moon mission as the "country’s most ambitious mission yet to cement its position as a leading low-cost space power." 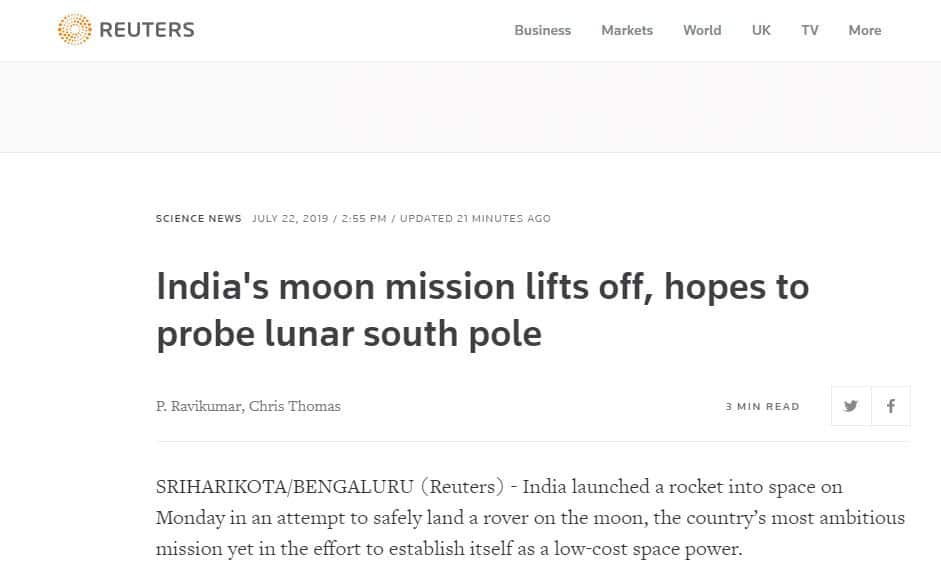 Reporting the launch of the Chandrayaan2 spacecraft using India's most powerful rocket, the Geosynchronous Satellite Launch Vehicle Mark III (GSLV Mk-III), the New York Times said," The 142-feet-tall rocket rose on a funnel of fire, ripping through the air perfectly straight and surprisingly fast, before vanishing into a thick bank of clouds, heading for the south pole of the moon." 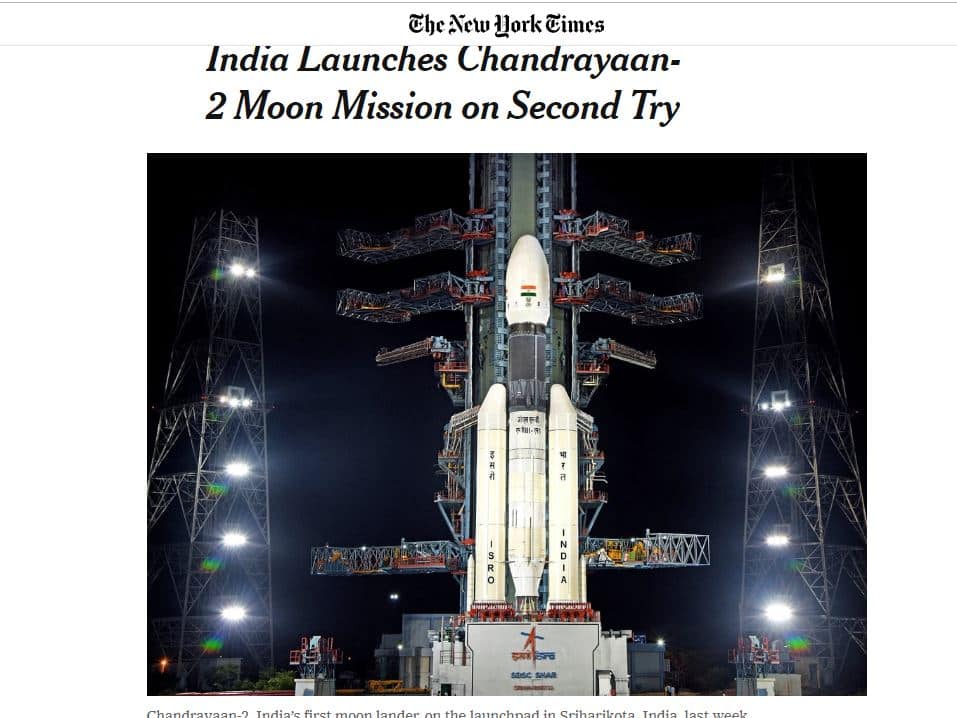 Calling Chandrayaan-2 the most complex mission ever attempted by ISRO, the BBC reported on the atmosphere in the space centre's control room and said, "There was applause in the Indian Space Research Organisation (ISRO) control room minutes after the launch, as the rocket took off towards the outer atmosphere." 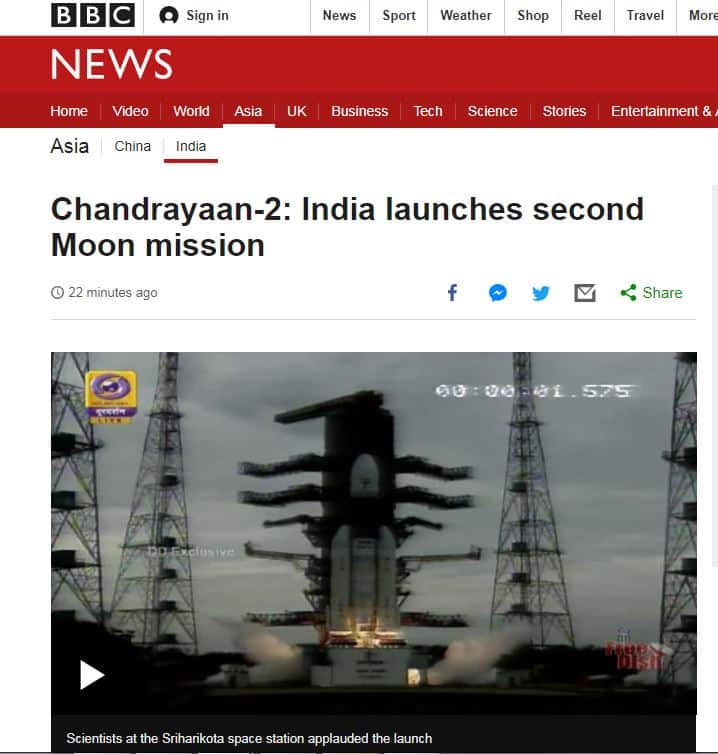 Chandrayaan-2 aims to become the first mission to achieve a surface landing on moon's south pole region, where it will collect crucial information about the moon’s composition and on the presence of water and other minerals on the lunar surface.

The Guardian while reporting on the launch of India's second moon mission, said that it follows the 50th anniversary of the Apollo 11 landing when astronaut Neil Armstrong became the first human to step on the moon. 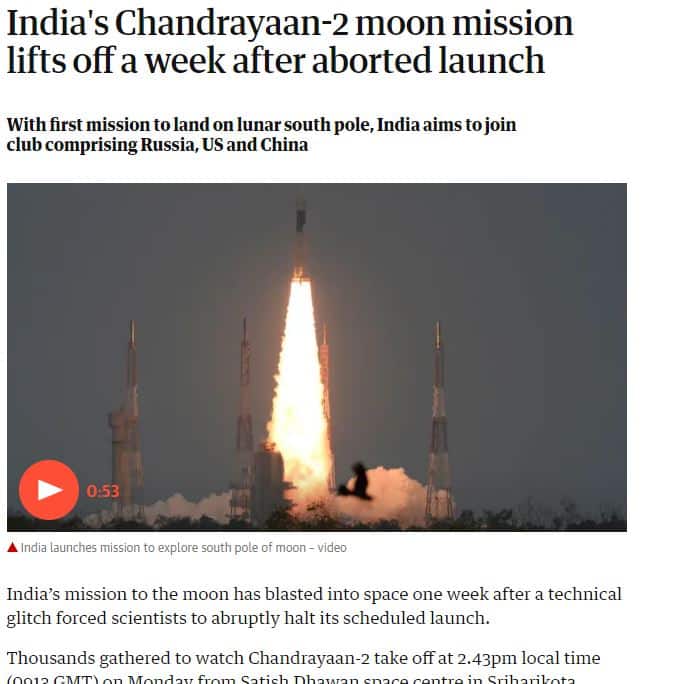 The Guardian also hailed the two women scientists who have been instrumental in helming the mission together. The project director Muthayya Vanitha, an electronics system engineer, was named by the science journal Nature as one of five scientists to watch in 2019. The mission has also been navigated by Ritu Karidhal, who helped lead India’s  2014 Mars mission.

Over 1000 scientists have worked relentlessly over the past several years to make  Chandrayaan 2 a reality as well as a success. The mission, which costs around 141 million dollars, includes four components: a GSLV Mk-III, an orbiter, a lander; and the small rover.