Despite multiple rounds diplomatic and military levels talks between India and China, it appears that the latter seem to have fallen short of disengagements along the Line of Actual Control (LAC) in eastern Ladakh. 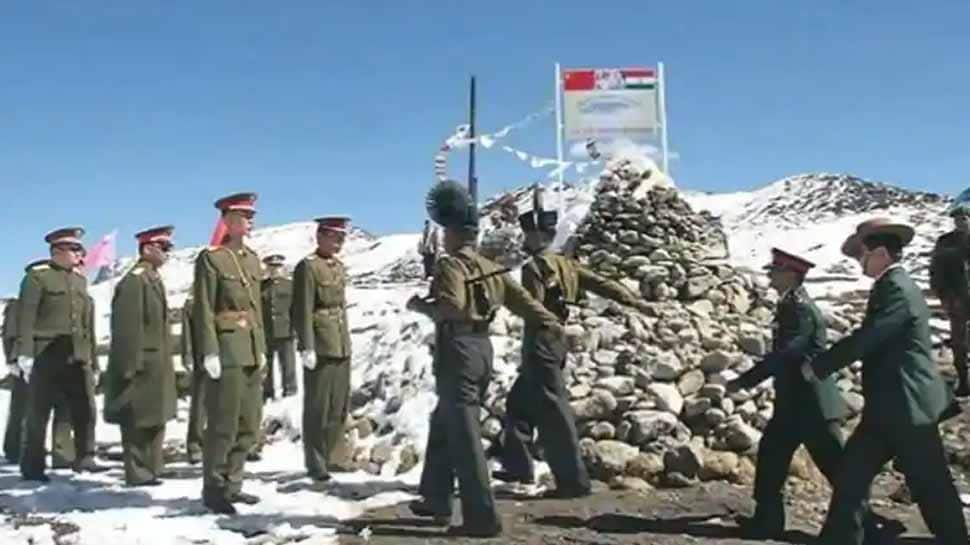 New Delhi: Despite multiple rounds diplomatic and military levels talks between India and China, it appears that the latter seem to have fallen short of disengagements along the Line of Actual Control (LAC) in eastern Ladakh.

Currently, the People's Liberation Army (PLA) is maintaining over 40,000 troops in the region. "The Chinese have not shown any signs of de-escalation as they continue to maintain their heavy troop deployment of almost 40,000 troops supported by heavy weaponry like air defence systems, armoured personnel carriers and long-range artillery in front and depth areas," sources said.

Comparison of Indian and Chinese forces on ground

Even in a war with India, a significant proportion of China forces will be unavailable, reserved either for Russian taskings or for countering insurrection in Xinjiang and Tibet. The majority of forces are located further from the Indian border, posing a striking contrast with the majority of forward-deployed Indian forces with a single China defence mission.

China is regularly operating with a permanent Indian conventional force advantage along its border areas. In the event of a major standoff or conflict with India, it would have to rely upon mobilization primarily from Xinjiang and secondarily from the Western Theater Command forces deeper in China’s interior. By contrast, Indian forces are already largely in position.

The most significant People's Liberation Army Air Force (PLAAF) forward air bases and airfields near Indian border areas are located at Hotan, Lhasa/Gonggar, Ngari-Gunsa, and Xigaze. Each hosts regular PLAAF detachments, and these are the nearest facilities to Indian targets in Kashmir, northern India, and northeast India. They are vulnerable to a dedicated Indian offensive. Ngari-Gunsa and Xigaze reportedly have no hardened shelters or blast pens for their aircraft, which sit in the open. An Indian early initiative to destroy or incapacitate these four bases would compel China to rely more upon aircraft from its rear-area bases, exacerbating its limited fuel and payload problems.

Other comparative weaknesses permeate the PLAAF’s posture against India. On a strict comparison of available 4th generation fighters, authoritative assessments hold that China’s J-10 fighter is technically comparable to India’s Mirage-2000, and that the Indian Su-30MKI is superior to all theater Chinese fighters, including the additional J-11 and Su-27 models. China hosts a total of around 101 4th-generation fighters in the theater, of which a proportion must be retained for Russian defense, while India has around 122 of its comparable models, solely directed at China.

The high altitude of Chinese air bases in Tibet and Xinjiang, plus the generally difficult geographic and weather conditions of the region, means that Chinese fighters are limited to carrying around half their design payload and fuel. In-flight refueling would be required for PLAAF forces to maximize their strike capacity. China had only inducted 15 such tanker aircraft nationally as of 2017, meaning only a handful of its forces will benefit from this solution. Against these underpowered fighters, IAF forces will launch from bases and airfields unaffected by these geographic conditions, with maximum payload and fuel capabilities.

Moreover, China lacks the redundancy and related force survivability compared to India in their comparative numbers of regional air bases. In sum, India has a stronger regional air position, with “a large number of airfields in the east and west, so even if some airfields are down, operations can continue from other locations.

PLAAF training and experience shortcomings that are not shared by the IAF amplify China’s air disadvantage. Recent PLAAF exercises with unscripted scenarios have found that pilots are excessively reliant upon ground control for tactical direction. In unanticipated combat scenarios, this dependence on explicit control tower guidance becomes extreme, while “ground commands” are simultaneously often unable “to keep up with the complex and changeable air situation. This suggests that PLAAF combat proficiency may be significantly weaker than often estimated.

As per the Belfer Center for Science and International Affairs (BCSIA), a total of 2,00,00-2,30,000 Chinese ground forces are under the Western Theater Command, and Tibet and Xinjiang Military Districts.

The new joint Western Theater Command is estimated to hold around 90,000-120,000 troops, headquartered toward the interior of Western China. In Tibet, the region closest to Indian border areas, the PLA presence is judged to be about just 40,000 troops. More forces are located in the Xinjiang region north of Tibet, totaling around 70,000.

The most significant People's Liberation Army Air Force (PLAAF) forward air bases and airfields near Indian border areas are located at Hotan, Lhasa/Gonggar, Ngari-Gunsa, and Xigaze. Each hosts regular PLAAF detachments, and these are the nearest facilities to Indian targets in Kashmir, northern India, and northeast India.

The high altitude of Chinese air bases in Tibet and Xinjiang, plus the generally difficult geographic and weather conditions of the region, means that Chinese fighters are limited to carrying around half their design payload and fuel.

The PLAAF runs and operates several airbases in and around Tibet, with Hotan housing the highest number of combat assets. However, due to its location at an altitude higher than 4,000 feet, it is extremely tough for “fighters to take off with a full weapons load and fuel.”

The PLAAF Western Theater Command has assumed control of all regional strike aircraft. In total, this amounts to around 157 fighters and a varied drone armory. This includes an estimated 20 GJ-1/WD-1K precision strike UAVs, 12 WD-1 ground attack and reconnaissance UAVs, 12 WD-1 precision strike UAVs, and 8 EA-03 reconnaissance and electronic warfare UAVs.

Meanwhile, the Ministry of External Affairs (MEA) on Friday (July 24, 2020) said that both India and China fully agree over complete disengagement of troops along the Line of Actual Control (LAC), which is vital for the smooth development of bilateral ties.

''The two sides agreed that another meeting of the Senior Commanders may be held soon so as to work out further steps to ensure expeditiously complete disengagement and de-escalation and restoration of peace and tranquillity in the border areas.'' the MEA statement read.

This was the third round of virtual meet between over LAC border de-escalation between the two countries in last one month. The first round of talks took place on June 24 followed by second on July 10.

The crucial meeting was held to break the logjam and pave the way for another round of Corps Commander-level meet.