The new division, which was moved from Uttar Pradesh, will remain stationed in the eastern Ladakh. Along with it, the artillery of this division will also reach Ladakh. 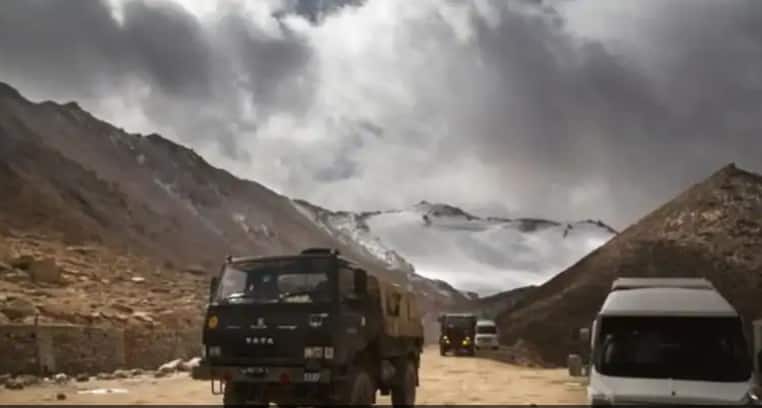 New Delhi: In response to China's increased deployment of troops along Line of Actual Control (LAC), the Indian Army has also deployed another division in Ladakh amid border row with China. A total of four divisions have now been deployed in the East Ladakh following the violent faceoff in the Galwan Valley on June 15.

Prior to May, there was only one division of the Indian Army stationed in this area. In the changed scenario, the Indian Army is making its largest military deployment in Ladakh. Notably, a division comprises 15 to 20 thousand soldiers.

According to sources, the new division, which was moved from Uttar Pradesh, will remain stationed in eastern Ladakh. Along with it, the artillery of this division will also reach Ladakh.

The development has come in the wake of China's increased deployment of its troops across the LAC because the Indian Army does not want to leave any part of the LAC vulnerable.

Ladakh has an 856-km border with China, starting from Karakoram Pass to Chumur in South Ladakh. From Karakoram Pass to Daulat Beg Oldi, Depsang plain, Galwan Valley, Pangong Lake, Demchouk, Koil, and Chumur, there is a possibility of infiltration from the Chinese side on the LAC.

Earlier in May, two mountain divisions from Uttar Pradesh and Himachal Pradesh were deployed in Ladakh region soon after the border tensions began. The soldiers of these two divisions have been well-acclimatized in eastern Ladakh and then stationed at different important places.

Notably, Sino-India tensions along LAC in Ladakh have not subsided even after two months, and reports came that China is further enhancing its troops, tanks and armored vehicles in the region. The Indian Army, therefore, decided to increase the number of soldiers in the border areas.

Prior to May, an army division stationed near Leh used to monitor the entire area from Siachen to Chumur. The Leh-based 14th Corps keeps an eye on the border area of both Pakistan and China.

The 8th division has the responsibility to secure the border areas of Kargil and Dras on Pakistan sie, while the 3rd division keeps vigil on the border touching China.