Indian naval ships Sahyadri, Ranvir and Kadmatt with relief material and medical teams have been deployed t help people in the aftermath of the Cyclone Fani making landfall in Odisha coast. 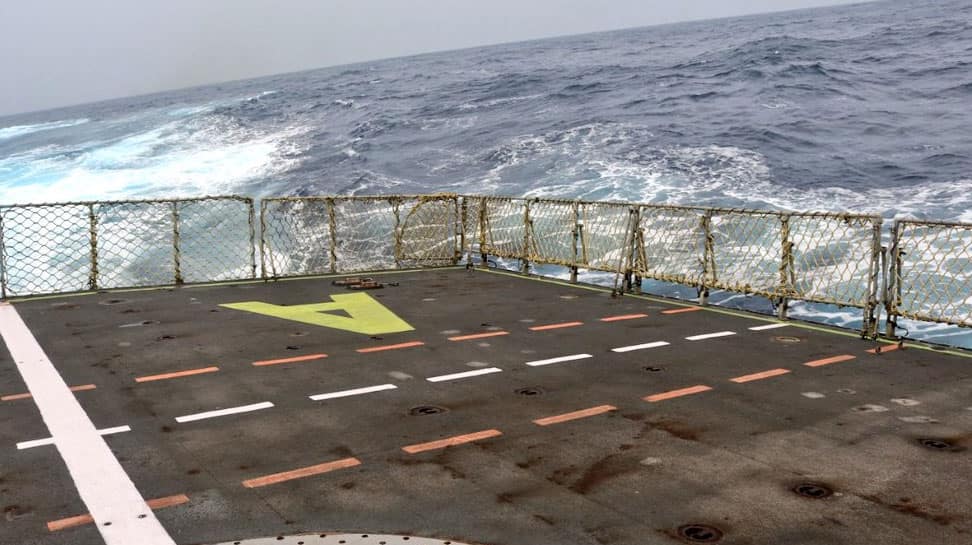 NEW DELHI: Hours ahead of the Cyclone Fani hit Odisha coast near Puri on Friday, the Indian Navy has deployed three naval ships so that it can launch rescue operation in the aftermath of the severe cyclonic storm affecting millions of people in Odisha and adjoining states.

Cyclone Fani is being seen as the most severe cyclonic storm over the east coast in nearly two decades.

"Indian naval ships Sahyadri, Ranvir and Kadmatt with relief material and medical teams have been deployed so that they can commence rescue operation as soon as the cyclone crosses the coast," Navy spokesperson Capt D K Sharma said.

He said several aircraft have also been kept on standby for immediate deployment to carry out the aerial survey as soon as the cyclone crosses the Odisha coast to assess the impact of the cyclone.

"Helicopters are also kept standby for joining in the rescue operation and for air dropping of relief material when required," Capt Sharma said.

Have a look at the roll being experienced by one of the ships deployed in the wake of #CycloneFani. Do notice the totally wet quarter deck..
.. Yes, its getting in and out of water view choppy seas around pic.twitter.com/RqZoDcBPDX

"The cyclone has entered the Odisha coast at Puri around 8 AM and it will take around three hours for the entire landfall process to be completed," Director of Regional Meteorological Centre, Bhubaneswar, HR Biswas had said in the morning.

The cyclonic system, whose eye is around 28 km, is moving at around 30 kmph, Biswas said, adding the process of landfall is expected to be complete around 11 AM.

Puri and neighbouring areas are experiencing wind with a speed of 175 kilometres per hour which may go up to 200 kmph.

Under the impact of the cyclone, the high-velocity wind is sweeping across several coastal districts like Ganjam, Puri, Khurda and Gajapati, Special Relief Commissioner (SRC) B P Sethi said.

Nearly 11 lakh people have been evacuated from vulnerable and low-lying areas of at least 11 coastal district, he said, adding the evacuees have been accommodated in over 4,000 shelters, including 880 specially designed cyclone centres.

No casualty has so far been reported from any part of the state, Sethi said adding the government is fully prepared to deal with any eventuality.

After the landfall, the system is passing through Khurda, Cuttack, Jajpur, Bhadrak and Balasore before entering West Bengal, Sethi said, adding the state capital of Bhubaneswar is likely to be hit by the high-velocity wind of around 140 kmph.

The Odisha government has evacuated over a million people from the coastal areas to camps on higher grounds. The state government has advised people not to step out of their houses.

As a precautionary measure, all shops, business establishments, private and government offices will remain closed in 11 coastal districts.

Flight operations were suspended in Bhubaneswar`s Biju Patnaik Airport from Friday midnight. Several trains have also been cancelled and diverted by the Indian Railway in view of the Cyclonic storm.