The Tiger Estimation exercise is believed to be the world’s largest wildlife survey effort in terms of coverage, intensity of sampling and quantum of camera trapping. 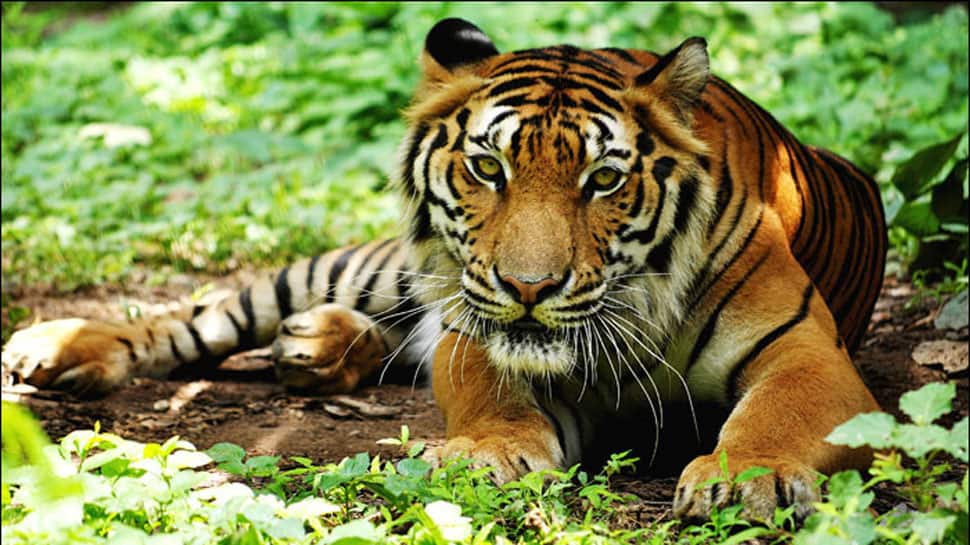 The Tiger Estimation exercise is believed to be the world’s largest wildlife survey effort in terms of coverage, intensity of sampling and quantum of camera trapping.

"Nine long years ago, it was decided in St. Petersburg that the target of doubling the tiger population would be 2022. We in India completed this target four years early," Modi said releasing the results of the fourth cycle of All India Tiger Estimation at his official residence.

"The results of the just declared tiger census would make every Indian, every Nature lover happy," he added.

India conducts the All India Tiger Estimation every four years.  Three cycles of the estimation have already been completed in 2006, 2010 and 2014.

The Government and National Tiger Conservation Authority have also carried out an economic valuation of tigers in mitigating the adverse impact of climate change.  Such interventions and processes have been operationalised through a legally mandated Tiger Conservation Plan to ensure that it is institutionalized.

Describing this as a historic achievement for India, PM Modi reaffirmed India’s commitment towards protecting the tiger. Calling for even greater efforts towards Tiger Conservation, he appreciated the speed and dedication with which various stakeholders worked to achieve this.

Modi asserted that the way ahead is “collectiveness” instead of “selectiveness.” He said that a broad-based and holistic look is essential for environmental conservation. He said, it is possible to strike a healthy balance between development and environment. “In our policies, in our economics, we have to change the conversation about conservation,” he added.

The PM expressed confidence that India will prosper both economically and environmentally, build more roads and have cleaner rivers; have better train connectivity and also greater tree coverage.

He said that in the last five years, while work has proceeded at a fast pace for next-generation infrastructure, the forest cover in the country has also grown. There has also been an increase in the “protected areas.”