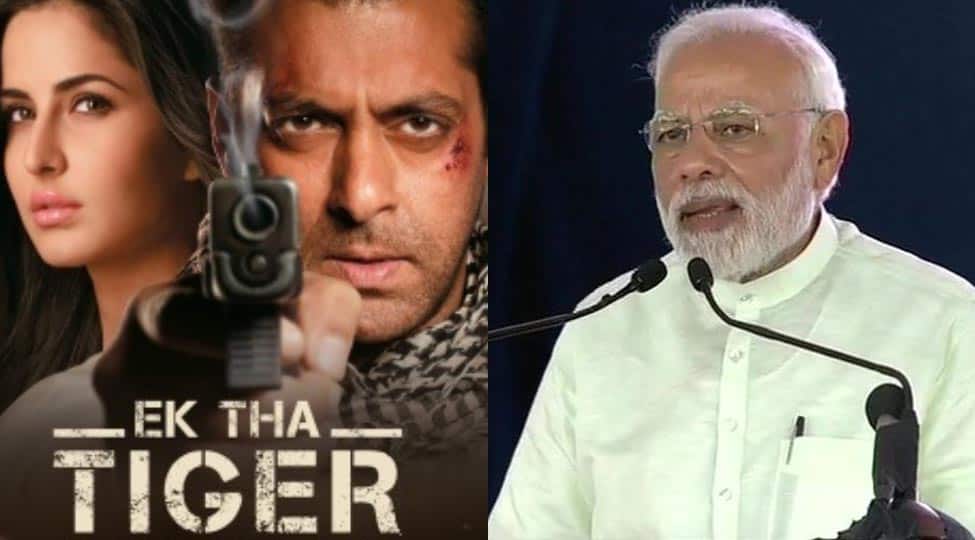 New Delhi: Prime Minister Narendra Modi picked up the titles of Salman Khan starrer Ek Tha Tiger and Tiger Zinda Hai in his speech on the occasion of International Tiger Day on Monday

"The story that started with EkThaTiger and then continued with TigerZindaHai, should not stop there. It should be "Baaghon mein bahaar hai" : PM
Narendra Modi said on a lighter note on the occasion of #InternationalTigerDay.

India conducts the All India Tiger Estimation survey every four years.  Three cycles of the estimation have already been completed in 2006, 2010 and 2014.

Talking about the results, PM said, "Nine long years ago, it was decided in St. Petersburg that the target of doubling the tiger population would be 2022. We in India completed this target four years early."

"The results of the just declared tiger census would make every Indian, every Nature lover happy," he added.

The Government and National Tiger Conservation Authority have also carried out an economic valuation of tigers in mitigating the adverse impact of climate change.  Such interventions and processes have been operationalised through a legally mandated Tiger Conservation Plan to ensure that it is institutionalized.