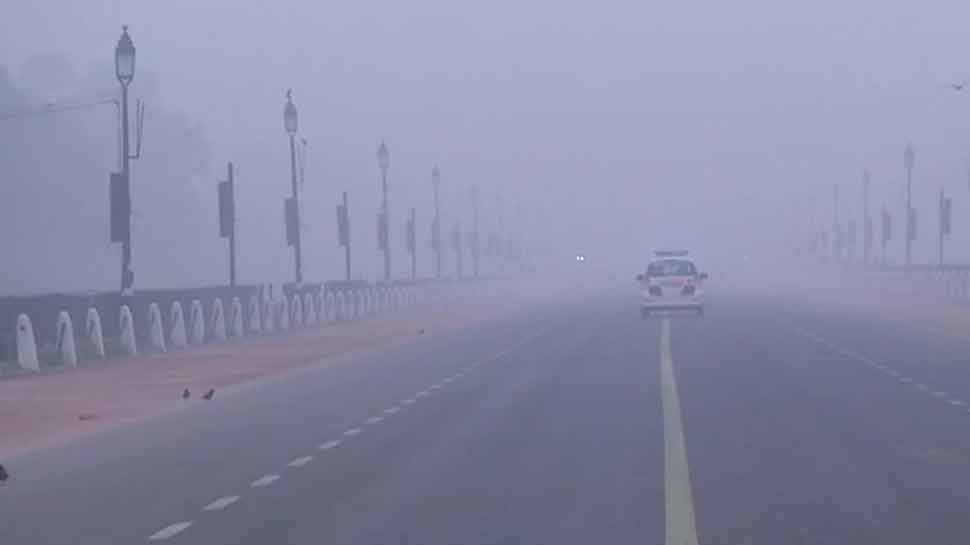 New Delhi: The national capital on Saturday, recorded a temperature 2.4-degree celsius at 6:10 am in Rajpath. Cold wave continues to grow intense here and the entire city was seen covered with the blanket of dense fog.

The temperature recorded near Safdardunj at 5.30 in the morning was at 3.6-degree celsius and 4.8 in Palam area. The visibility recorded in the area was 0 at Palam and 800m in the Safdardunj area.

Nearly, 24 trains bound for Delhi and Punjab are delayed due to the ongoing weather conditions. The names of the train include Mumbai-Amritsar Dadar express, Howrah New Delhi Poorva Express, Gaya-New Delhi Mahabodhi express and so on.

The India Meteorological Department (IMD) said on Thursday (December 26)  that the temperature will continue to fall and the cold wave will prevail for three-four days. It further stated that a significant increase in wind speed is expected over Delhi-NCR from the evening of December 31 under the influence of approaching western disturbance and easterly winds in the lower level. Light rain expected over Delhi-NCR during the night of December 31, 2019, to January 2020 and a hailstorm is also expected on January 1-2, 2020.

The neighbouring states of Punjab and Haryana is also shivering from the cold wave as the mercury dips to temperature as low as 2-degree celsius. The areas of  Shimla, Manali, Chandigarh also observed a similar scenario.

In the wake of intense coldwave, an orange alert has been issued in Delhi-NCR, Punjab, Haryana, Chandigarh, east and west Uttar Pradesh, north Rajasthan and north Madhya Pradesh and a yellow alert in Bihar has been issued. All these places are prone to severe cold and dense fog may occur from December 27-29. The visibility may get reduced to 50 meters or less.