The Prime Minister expressed that Yoga shows us the road from 'stress to strength' and from 'negativity to creativity'. 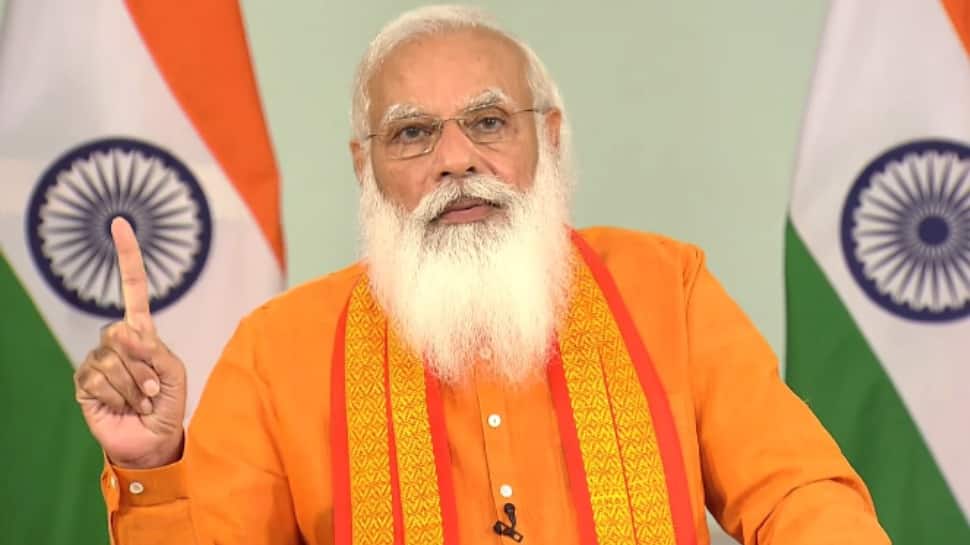 New Delhi: Prime Minister Narendra Modi on Monday (June 21, 2021) addressed a programme on the occasion of International Yoga Day and said that Yoga has become 'a ray of hope' amid the COVID-19 pandemic.

PM stated that during COVID-19, several studies are going on the benefits of yoga on our body and immunity.

"Today when the entire world is fighting against COVID-19 pandemic, Yoga has become a ray of hope. For two years now, no public event has been organised in India or the world but enthusiasm for Yoga has not gone down," PM Modi said.

He stated that yoga and breathing exercises are being done at the beginning of online classes, which are helping children in fighting coronavirus.

The Prime Minister also said that when he talks to frontline warriors and doctors, they tell him that they've made Yoga 'a shield for protection' against the virus.

"They've used Yoga not just for safeguarding themselves, but also patients," PM said during his address.

PM Modi expressed that Yoga shows us the road from 'stress to strength' and from 'negativity to creativity'.

"Yoga tells us that so many problems might be out there, but we've infinite solutions within ourselves. We're the biggest source of energy in the universe," the Prime Minister noted.

"We do not realise this energy because of the many divisions that exist. At times, the lives of people exist in silos. These divisions reflect in the overall personality as well. The shift from silos to union is Yoga. A proven way to experience, a realisation of oneness is Yoga," PM said.

He also reminisced Rabindranath Tagore and quoted his words, "The meaning of our self is not to be found in its separateness from God and others but in the ceaseless realization of yoga, of union."

The theme this year is 'Yoga For Wellness', which, the Prime Minister said focuses on practising Yoga for physical and mental well-being.

Yoga Day is being observed in over 190 countries globally,

Sound up! @RuchikaLal1 celebrates the universal and brings yogis into the moment by starting class with a collective Om.  #SolsticeTSq @IndiainNewYork pic.twitter.com/6siT3oCxQu