'Invitation' war over J&K continues as Rahul Gandhi asks Governor Malik 'when can I come?'

Taking to Twitter, Rahul Gandhi termed the statement released by Raj Bhavan in Jammu and Kashmir over the issue as feeble. 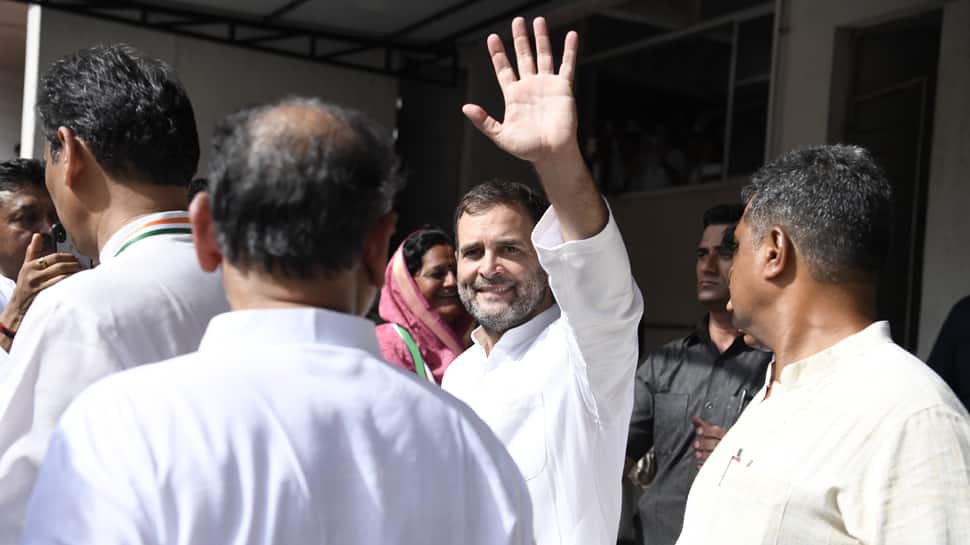 The war of words over Jammu and Kashmir Governor Satya Pal Malik’s “invitation” to former Congress president Rahul Gandhi continued on Wednesday, with the latter reiterating that he accepted the offer to visit the region.

Taking to microblogging site Twitter, the Gandhi scion termed the statement released by the Raj Bhavan in Jammu and Kashmir over the issue as feeble, adding that he was ready to visit the region “with no conditions attached”.

Referring to the Governor as “Maalik ji”, the Congress leader posed a direct question – “When can I come?”

“Dear Maalik ji, I saw your feeble reply to my tweet. I accept your invitation to visit Jammu & Kashmir and meet the people, with no conditions attached. When can I come?” wrote the Congress leader on Twitter.

I accept your invitation to visit Jammu & Kashmir and meet the people, with no conditions attached.

When can I come?

Rahul Gandhi’s tweet came after Governor Malik targeted him, accusing the former Congress president of “responding to fake news possibly spread from across the border”. The Raj Bhavan also referred the issue of opposition leaders visiting Jammu and Kashmir to local police and administration. It, however, added that visit of a delegation of opposition leaders would “create further unrest and problems for the common people”.

After Governor Malik had targeted the Congress leader in an interview, saying he would send an aircraft for him to visit J&K and see the prevailing situation, Rahul Gandhi had responded with a tweet wherein he said that he accepted the invitation.

Rahul had further said that instead of an aircraft, he would require the freedom to meet and talk to people living in Jammu and Kashmir, which is currently under an unprecedented security cover in the wake of abrogation of Article 370.

He had tweeted, “Dear Governor Malik, A delegation of opposition leaders & I will take you up on your gracious invitation to visit J&K and Ladakh. We won’t need an aircraft but please ensure us the freedom to travel & meet the people, mainstream leaders and our soldiers stationed over there.”

RJD says Nitish Kumar capable of being Prime Minister, asks him to part ways with BJP and lead opposition