ISRO set to launch RISAT-2B on May 22

"PSLV-C46 set to launch RISAT-2B from Satish Dhawan Space Centre in Sriharikota at 0527 Hrs IST on May 22, 2019, subject to weather conditions," tweeted ISRO. 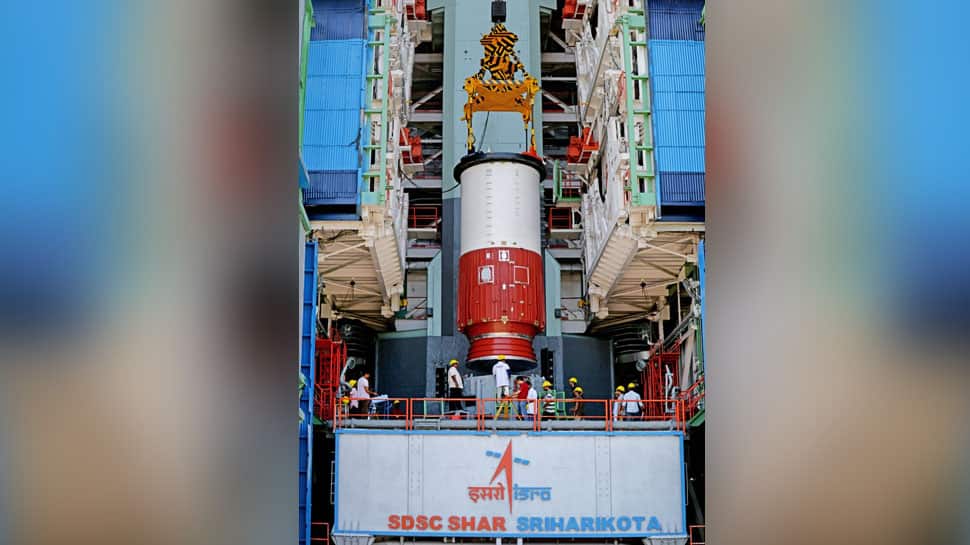 The Indian Space Research Organisation (ISRO) on Saturday announced that the PSLV-C46 will launch RISAT-2B, a radar imaging earth observation satellite, on May 22. The launch will take place from Satish Dhawan Space Centre in Sriharikota, Andhra Pradesh, at 5.27 am IST, subject to weather condition. "PSLV-C46 set to launch RISAT-2B from Satish Dhawan Space Centre in Sriharikota at 0527 Hrs IST on May 22, 2019, subject to weather conditions," tweeted ISRO.

PSLV-C46, the 48th mission of PSLV, will launch RISAT-2B from the First Launch Pad (FLP) of SDSC, said a statement released by ISRO. PSLV-C46 is the 14th flight of PSLV in 'core-alone' configuration (without the use of solid strap-on motors). This will be the 72nd launch vehicle mission from SDSC SHAR, Sriharikota and 36th launch from the First Launchpad. RISAT-2B will be placed into an orbit of 555 km at an inclination of 37 degrees.

#ISROmissions #PSLV-C46 set to launch #RISAT-2B from Satish Dhawan Space Centre in Sriharikota at 0527 Hrs IST on May 22, 2019, subject to weather conditions.
Updates will continue. pic.twitter.com/qj03CSKc0b

As also done in PSLV-C45 launch, ISRO has also made provision for the public to view the launch from recently opened viewer’s gallery at Satish Dhawan Space Centre. The online registration for the same will start five days before the launch.