Governor Malik also congratulating the people of Kashmir for cooperating with the administration during the Amarnath Yatra. He said that the pilgrimage went smoothly for 30 days and over three lakh devotees visited. 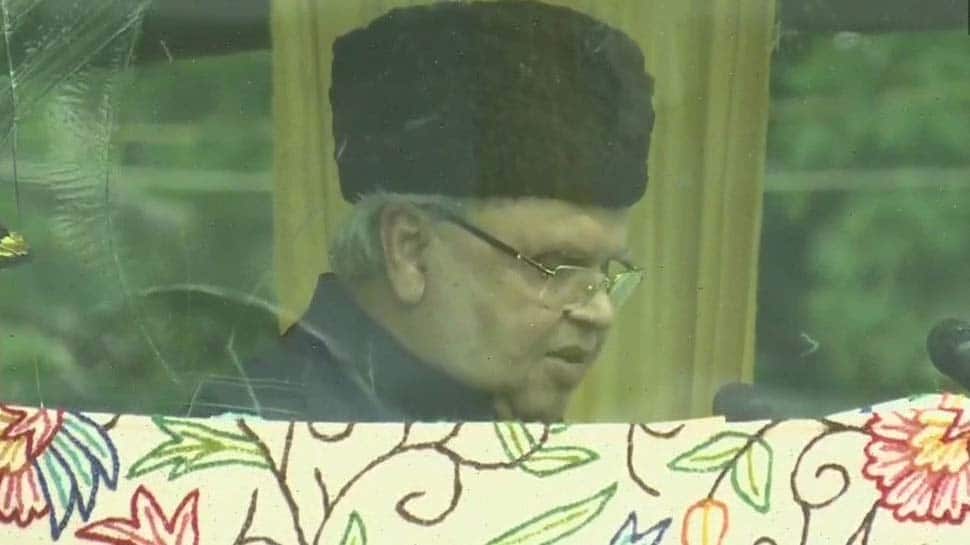 The Governor asserted that 3,000 vacancies out of 6,000 in the public sector were established for the Kashmiri migrant Pandits and these vacancies will be filled soon. "The process for recruitment against the remaining 3,000 posts out of 6,000 created for Kashmiri migrants and the construction of transit accommodation for the employees serving in the Valley has been expedited," he said. He also said that the steps have been taken against corruption in the union territory, adding that the Anti-Corruption Bureau (ACB) is trying hard to eradicate corruption at all levels.

Governor Malik also congratulating the people of Kashmir for cooperating with the administration during the Amarnath Yatra. He said that the pilgrimage went smoothly for 30 days and over three lakh devotees visited. He added that the manner in which the Amarnath Yatra and Haj were organized is a classic example of 'Kashmiriyat' which is exemplary for its communal harmony.

He paid homage to leaders who made sacrifices to win the country's freedom and urged all to strongly affirm dedication to safeguarding unity and integrity of the nation. The Governor also paid homage and saluted the brave hearts of state police, Central Armed Police Forces and the Army who made supreme sacrifice to preserve the territorial integrity of our country.

Governor Malik said, "The changes that the Central Government has brought are not only historic but also open a new door for the development of the people of Jammu-Kashmir, and Ladakh. I assure the people of Jammu & Kashmir that their identity is not on the line, it hasn't been tampered with. The constitution of India allows different regional identities to flourish."

Speaking about Ladakh, he also asserted that the formation of Union Territory of Ladakh fulfilled a long pending demand, enabling people to realise their aspirations. Malik informed that the foundation stone for new Kushak Bakula Rimpoche Airport terminal building at Leh has been laid and the process is underway to establish a full-fledged commercial airport at Kargil.

"The formation of Ladakh as a new territory will enable the people of Ladakh to realise their aspirations despite the difficult terrain. My administration had created a separate Revenue and Administrative Division for `Ladakh` comprising the districts of Leh and Kargil with a divisional commissioner and an inspector general of police. Around 495 posts were also sanctioned for staffing the various departments of this division," Malik said.

He said that a separate University has been established for Ladakh region for which a vice-chancellor has been appointed and now students do not have to move outside Ladakh for higher studies.

The Governor reiterated of "zero-tolerance policy towards terrorists", adding that the security forces are taking proactive action against terrorists. "Misguided youth are returning back to the mainstream. To resolve problems of people residing near the International Border (IB), we introduced a provision for reservation in direct recruitment, promotion and admission in professional courses, at par with those living along LoC," he added.