The J&K Chief Secretary said that the situation in the state is completely normal and schools and colleges will be opened after the weekend area by area. 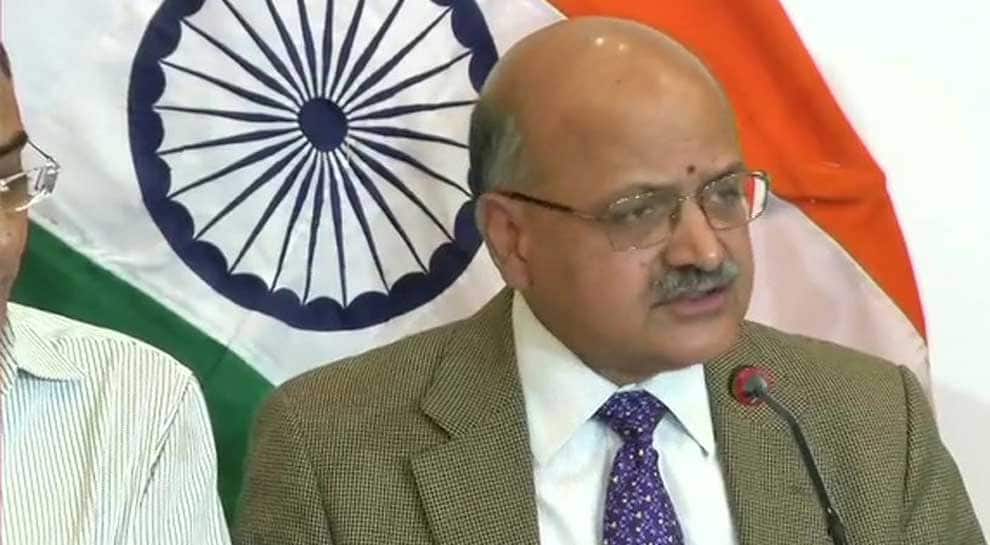 Srinagar: Jammu and Kashmir Chief Secretary BVR Subrahmanyam on Friday said that not a single death was reported in the state despite efforts by Pakistan to destabilise the situation after the Centre's decision to impose restrictions in the wake of scrapping of Article 370.

The J&K Chief Secretary said that the situation in the state is completely normal and schools and colleges will be opened after the weekend area by area.

Subrahmanyam further informed that the public transport will be made operational and the government offices have started functioning from today itself.

The J&K top official said this while addressing a press briefing in Srinagar during which he said that the telecom connectivity will be gradually eased and restored in a phased manner.

''Schools will be opened after the weekend area by area. Movement of public transport will be made operational. Government offices are functional from today. Telecom connectivity will be gradually eased and restored in a phased manner,'' J&K Chief Secretary said.

''Some telephone connections in Kashmir will be restored from Friday night, including in the main city of Srinagar,'' he added after several days of communications shutdown.

"You will find a lot of Srinagar functioning from tomorrow morning," Subrahmanyam said in response to a question on restoring of landline telephones.

"Exchange by exchange they will be switching it on," he said. "Over the weekend, you`ll have most of these lines functional."

Subrahmanyam said that certain steps were taken by the Centre to ensure the safety of J&K residents, which included restrictions on free movement and snapping telecom connectivity, prevention of large gathering, closure of schools and colleges.

He added that a few preventive detentions of individuals were also made in accordance with provisions of law to maintain law and order in the state.

''In implementing the decision taken last fortnight, cross-border terrorism required the government to put in place certain preventing steps. The important factor was credible inputs that such organisations were planning to undertake strikes in J&K in immediate future,'' Subrahmanyam said.

Sources had earlier reported that all schools and educational institutions in Kashmir will reopen from August 19.

Earlier, J&K Governor Satya Pal Malik had directed the Civil Secretariat in Srinagar and all government offices to resume normal functioning from Friday.

The Governor's directions come days after security was heightened in the area following the Centre's decision to withdraw the special status of Jammu and Kashmir and passing of the Jammu and Kashmir (Reorganization) Act, 2019, bifurcating it into two Union Territories - Jammu and Kashmir with legislature and Ladakh without it.

Earlier on Thursday Malik had hoisted the national flag at Sher-e-Kashmir stadium in Srinagar to mark the occasion of India`s 73rd Independence Day and had assured the people of the region that their "regional identity is not at stake".

Section 144 was imposed after the abrogation of Article 370 that gave special status to Jammu and Kashmir.