The Raghubar Das-led BJP will look to continue for a second term while the Congress and JMM combine look to cause an upset. 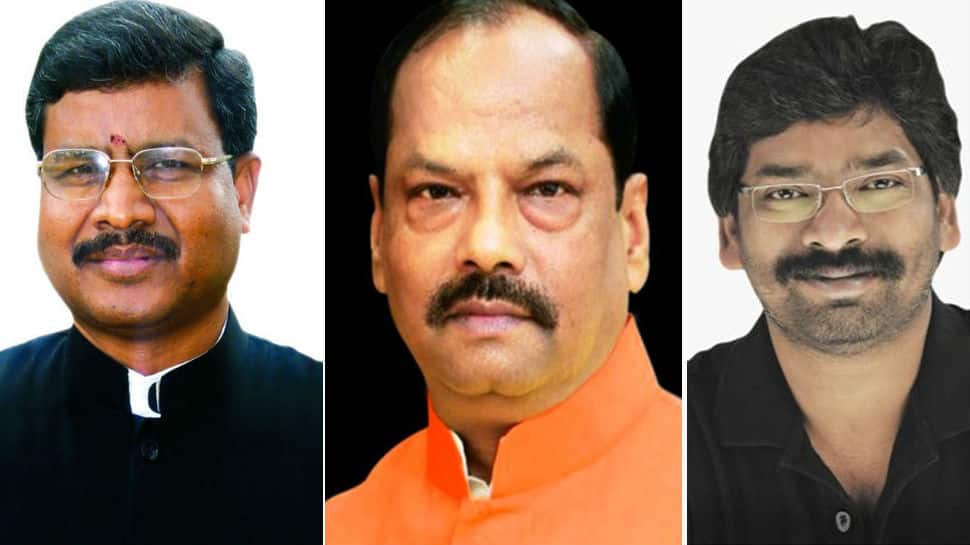 All eyes are on Jharkhand Assembly election results the counting of which is currently underway, the polling to the 81-seat assembly was held in five phases from November 30 to December 20. The Congress, JMM, and RJD combine looks to be on the way to a comfortable majority causing an upset to the ruling BJP. As we await the final results, here is a look at the key players.

Raghubar Das: The incumbent Chief Minister, who is contesting from Jamshedpur East, may win the seat but it is not likely that BJP will secure the numbers required to form the government. This is the first time that the saffron party contested the elections on its own. If BJP wins the elections, it would be for the first time that a ruling party would helm two consecutive terms.

Hemant Soren: The Jharkhand Mukti Morcha leader is contesting from two seats -- Dumka and Barhait, and is being projected as the next chief minister of the state. Soren had briefly held the office of the chief minister but BJP got a majority in the 2014 Jharkhand Legislative Assembly election paving the way for Raghubar Das-led BJP government.

Babulal Marandi: Marandi was the first Chief Minister of Jharkhand and is the founder and National President of Jharkhand Vikas Morcha (Prajatantrik). He is contesting from Rajdhanwar seat and could emerge as a  key player in the formation of the new government.

Sudesh Mahto: The leader of All Jharkhand Students Union (AJSU) and former deputy chief minister of the state contested the polls alone in this election without BJP, their alliance partners. Mahto has been the sitting MLA of Silli for a consecutive three terms and is most likely to continue the winning trend.