On January 5, a mob of masked men had stormed the university campus and had attacked students and professors with sticks and rods in at least three hostels. 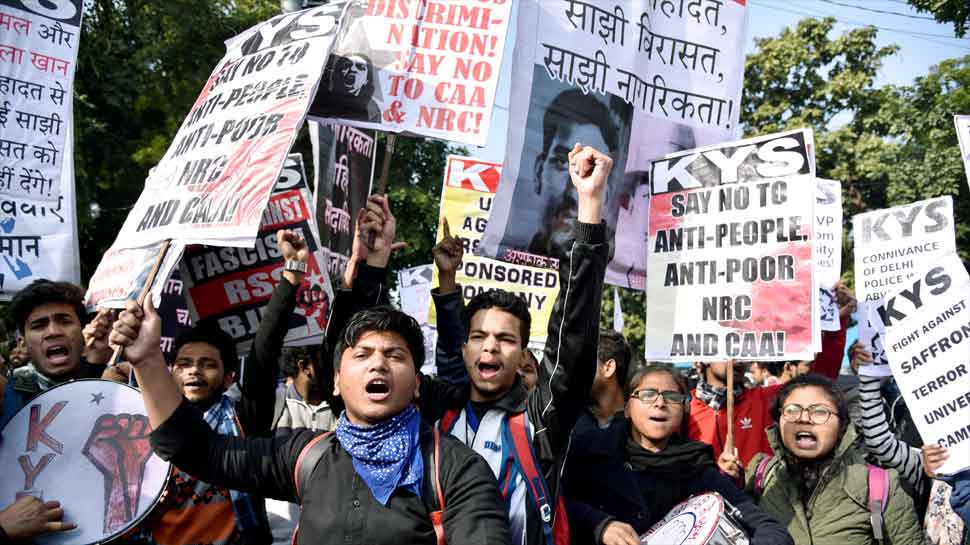 New Delhi: The Special Investigation Team of Delhi Police has served notice to at least nine students, who are suspects in the January 5 violence at Jawaharlal Nehru University campus. The police have called the suspect for an enquiry on January 13.

Delhi Police, which is investigating into the matter, had on Friday released names of nine suspects, seven from Left including JNUSU president Aishe Ghosh and two from ABVP, who were recognized through the CCTV footage.

However defending herself, JNUSU president-elect Aishe Ghosh said, “What’s the proof against me?” She asserted that until and unless Delhi Police conducts a fair probe, she would continue to protest in a peaceful and democratic manner. “Delhi Police can do their inquiry. I also have evidence to show how I was attacked,” Ghosh said.

JNU Vice-Chancellor Jagadesh Kumar on Saturday appealed to the students who are out of the station to come back because the academic session is starting. ON Friday, JNU administration had issued circulars stating that academic session will start in JNU from the January 13.

Kumar also interacted with students on Saturday during which he said that some ''activist students'' backed by a group of teachers are the trouble brewers who have created an atmosphere of terror forcing students to vacate the hostel.

''The terror created by some of the activist students went to such an extent that many of our students had to leave the hostels. Our campus is known as a peaceful campus," the V-C said.