The businessman died during a raid at a hotel in Gorakhpur on Monday (September 27). Chief Minister Yogi Adityanath, who has already spoken to the victim's wife, is likely to meet the family tomorrow (September 30). 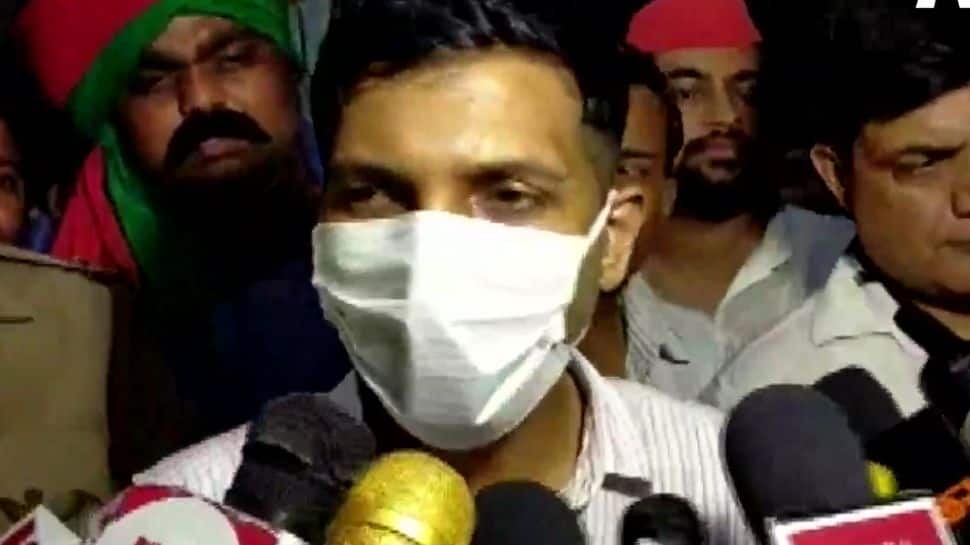 Gorakhpur (UP): A case of murder has been registered against six policemen in connection with the death of a Kanpur-based businessman in Gorakhpur, officials said on Wednesday (September 29). Chief Minister Yogi Adityanath talked to the victim's wife, Meenakshi Gupta, on Tuesday night and extended his condolences while the state government announced Rs 10 lakh as financial assistance for the family.

CM Yogi Adityanath will be meeting the family members (of the businessman who died during a raid at a hotel in Gorakhpur on Monday) during his visit to Kanpur tomorrow: Kanpur DM Vishakh Aiyar pic.twitter.com/1R2WQQEq58

Meanwhile, the opposition attacked the BJP government over the incident, with Congress leader Priyanka Gandhi Vadra alleging that the UP Police is "soft" on criminal and "brutal" with common people. The BSP and the SP too flayed the government over the law and order.

Manish Gupta (36) died in a Gorakhpur hotel during a police raid. He was staying along with two friends in the hotel. Police had earlier denied the charge and said he received a head injury after he fell on the ground as he was drunk.

Senior Superintendent of Police Vipin Tada said a case under Section 302 (murder) of the Indian Penal Code has been registered against six policemen and a hunt has been launched to nab them. The policemen booked for murder include J N Singh, Sub-Inspector Vijay Yadav and Phalmandi police post in-charge Akshay Mishra, Gorakhpur DM Vijay Kiran Anand said. The authorities had suspended the policemen, including the Ramgarhtal SHO, on Tuesday and handed over the probe to the superintendent of police (city).

Meenakshi Gupta alleged that her husband died after police thrashed him. The wife of the deceased had refused to accept her husband's body after the post-mortem examination, insisting on first registering a case against the policemen. However, the family members took the body and left for Kanpur around 1 am on Tuesday night, Anand said.

Reacting to the incident, Congress leader Priyanka Gandhi Vadra said, "The state of jungle law is such under this government that police are soft on criminals and behave barbarously with common people."

Priyanka also talked to family members of the victim over the phone, expressing grief and assuring them of help in ensuring justice, party sources said.
BSP supremo Mayawati also said the incident exposed tall claims over law and order. "The barbaric act against three businessmen during a raid in a hotel in the CM's home district is very said and shameful," she said in a tweet. "The state government should provide justice to every victim's family and ensure that such incidents do not happen again," she added.

SP president Akhilesh Yadav too on Tuesday had said the incident was the result of the "encounter culture" of the state government. "Those involved should face trial and those who pushed the state on the path of violence should resign," he said in a tweet.

According to police, during a checking on Monday (September 27) night, the Ramgarhtal Police found that three people were staying on an ID of one Chandan Saini of Mahadeva Bazar in the Sikriganj area of Gorakhpur.  On getting suspicious, they went to the room where Manish Gupta was with his two friends, Pradeep Chauhan and Hari Chauhan of Gurgaon. Police said while they were questioning the trio, Manish Gupta fell on the ground as he was drunk and suffered a head injury.

He was taken to BRD Medical College where he died during treatment, police claimed.