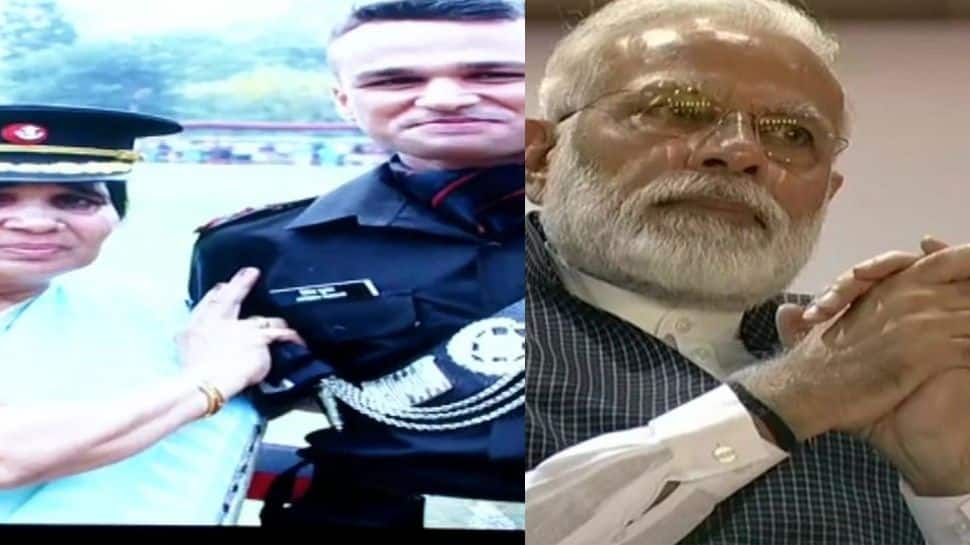 As the nation observed the 20th anniversary of the 1999 war, in which thousands of Army jawans had fought valiantly to recapture our territories from Pakistan Army's clutches in Jammu and Kashmir's Kargil district, the function was organised in their remembrance.

One such valiant hero of war was Lance Naik Bachan Singh who sacrificed on a mission to capture the Tololing peak during the Kargil War.

On Saturday, Singh's son Lieutenant Hitesh Kumar, who joined his father's battalion in 2018, and the martyred officer's wife, were invited on stage to pay tribute to the martyred hero.

As mother-son duo walked on stage, Singh's wife Smt Kamesh Bala could not hold back her tears and her son stood in strong support with her.

PM Narendra Modi, who was sitting in the audience, got emotional on seeing the duo and his eyes welled up.

Kumar was merely six years old when his father died fighting the war. His dream was to become like his father and join the Army to serve his nation.

On June 9, 2018, exactly 19 years after his father died, the lieutenant passed out from the IMA with flying colours.