Thanking HD Deve Gowda for giving him an opportunity, Vishwanath said that apart from two or three departments, the work in other departments has not happened in the last one year. 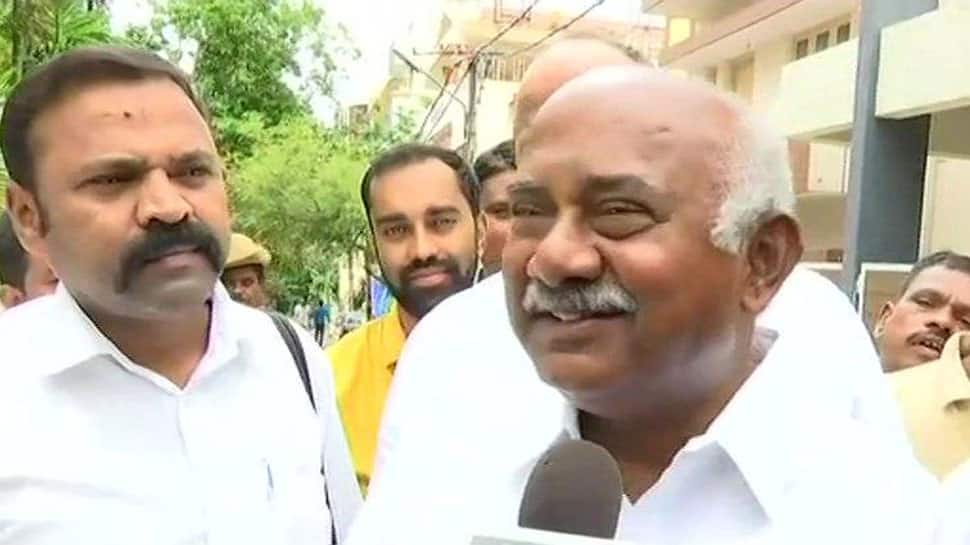 Karnataka Janata Dal (Secular) chief H Vishwanath on Tuesday resigned from his post and took moral responsibility for the party's defeat in the recently concluded Lok Sabha election. He sent his resignation letter to the party's senior leadership. Thanking HD Deve Gowda for giving him an opportunity, Vishwanath said that apart from two or three departments, the work in other departments has not happened in the last one year. He also added that CM HD Kumaraswamy has introduced several policies for the benefit of the people, despite his health conditions.

"I take moral responsibility for my party's defeat in the elections. I am sending my resignation letter to the party's senior leadership. I am thankful to HD Deve Gowda for giving me an opportunity to get elected from Hunsur after I left the Congress party. It had been one year since this coalition government was formed. The Chief Minister has taken to task many policies which have benefited people. Despite his health conditions, the CM is doing a lot," said Vishwanath.

"Apart from two-three departments, other work has not happened. As the state party president, I am sad about it. When the govt is in power, there should be cohesiveness among ministers and MLAs. Unfortunately, this is not happening. I won't blame anybody for this. There is a huge need for a secular party in Karnataka. We need to introspect on the recent Lok Sabha Elections results. We need to rectify the mistakes that we have done. We might be in power now, but we need to be in people's hearts as well," added Vishwanath.

Vishwanath was also locked in a public spat in recent weeks with senior Congress leader Siddaramaiah over his functioning as the ruling coalition coordination committee chief and for not preparing the common agenda for the two partners. The BJP had swept the Lok Sabha poll in Karnataka, winning 25 of the 28 seats, leaving the ruling coalition partners Congress and JDS with one seat each.