The official release by the Chief Minister`s office informed that one team of NDRF each has already been deployed in Pathanamthitta, Thrissur and Malappuram districts. 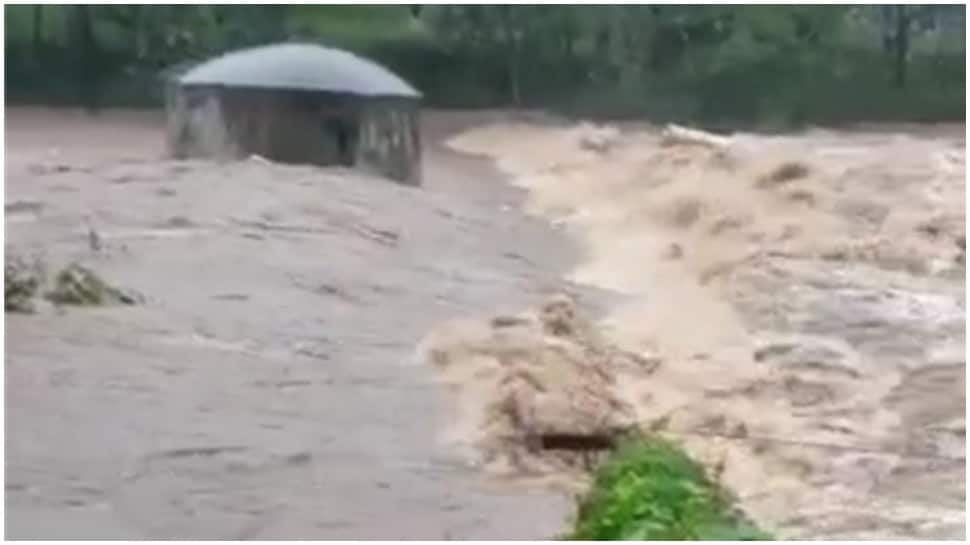 Four people have died in landslides at Koottikkal in Kottayam and Kokkayar in Idukki districts as heavy rain is continuing in Kerala, with six districts put on red alert.

Considering the seriousness of the situation, the State Emergency Management Centre has been made more active and representatives from KSEB and Irrigation Departments have been deployed to assess the condition of the dams.

All concerned department heads have been directed to be prepared to deal with any emergency. The official release by the Chief Minister`s office informed that one team of NDRF each has already been deployed in Pathanamthitta, Thrissur and Malappuram districts.

Chief Minister also requested that one of the two Army teams be deployed in Thiruvananthapuram and the other in Kottayam. In addition, a team of DSC was directed to deploy one in Kannur and one in Kozhikode. The Air Force was also directed to be ready for emergencies.

The Air Force has been requested to assist in the rescue operation in Kottayam. The Volunteer Force and Civil Defense are ready to deal with emergencies.Among the dams under the Kerala State Electricity Board, a red alert has been issued for Kaki in Pathanamthitta district, Sholayar in Thrissur district, Kundala and Kallarkutty in Idukki district at 11 am.

The Chief Minister directed that the police force be fully equipped for rescue operations in case of emergencies. District police chiefs have been directed to open special control rooms in the districts. The police system will work with the District Collector and the District Disaster Management Authority.

Necessary precautions will be taken in areas prone to landslides and floods. He also directed the district police chiefs to provide special police security at the relief centres.

"In case of heavy rains, people should be vigilant and follow the instructions given by the government without compromise. In case of emergency, the public can call 112 at any time," the official statement said.

The state is getting heavy rains as a low-pressure area formed in the Arabian Sea. The India Meteorological Department has issued red alert in Pathanamthitta, Kottayam, Ernakulam, Idukki and Thrissur districts.

An orange alert has been declared in Thiruvananthapuram, Kollam, Alappuzha, Palakkad, Malappuram, Kozhikode and Wayanad districts and yellow alert in Kannur and Kasaragod districts.

The central weather agency has warned of possible thundershowers and strong winds throughout Kerala in the coming days.