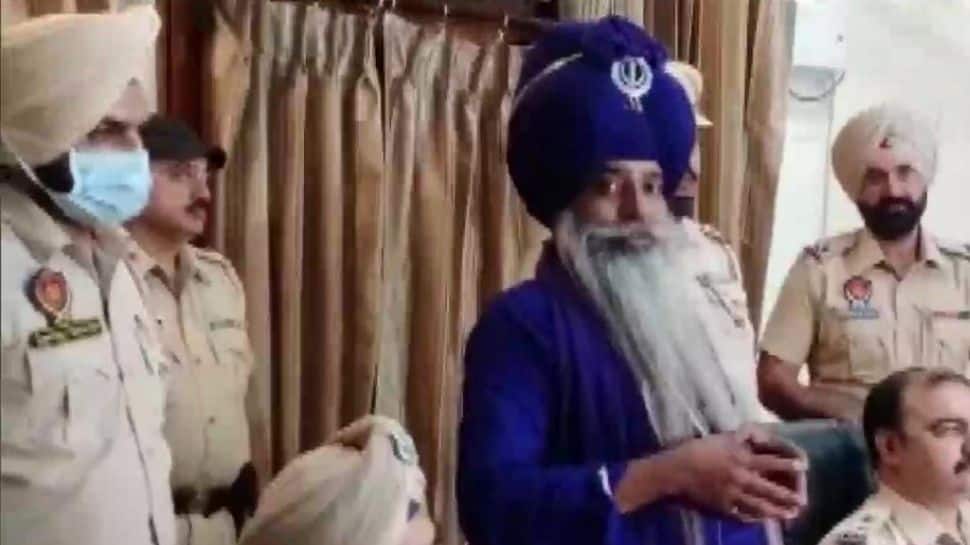 New Delhi: Amritsar Rural Police arrested another accused on Saturday (October 16, 2021) in connection with the gruesome lynching and murder at the farmers' protest site at Singhu Border on Friday.

According to ANI, the accused Narayan Singh was arrested by the Amritsar Rural Police from Rakh Devidass Pura in Amarkot village of Punjab.

According to an IANS report, he surrendered at a gurdwara before the police in Jandiala Guru in Amritsar district in Punjab amidst the presence of a huge sympathizers.

The report also stated that the local police had to show patience to allow the accused to surrender on his own after paying obeisance and performing rituals in the shrine.

Earlier, another Nihang Sikh, identified as Saravjeet Singh, took the responsibility for the brutal murder and surrendered before Haryana Police. He was produced before a court on Saturday and was remanded to police custody for seven days.

The incident took place in the wee hours of Friday on the Singhu border dividing Haryana and Delhi when Lakhbir Singh (30), a resident of Tarn Taran district in Punjab, was seen carrying the Sarbloh Granth -- a holy Sikh religious scripture -- by a Nihang Sikh man.

Lakhbir was then accused of desecrating the Sarbloh Granth. The arguments soon turned violent and the man`s hand was allegedly chopped off amid the chaos.

SBI SO Recruitment 2021: Few days left to apply for over 600 posts to Specialist Cadre Officers on sbi.co.in, details here