In a letter to the chief minister, the Congress general secretary raised the matter of Vikram Tyagi, a businessman from Ghaziabad who has been missing for almost a month. 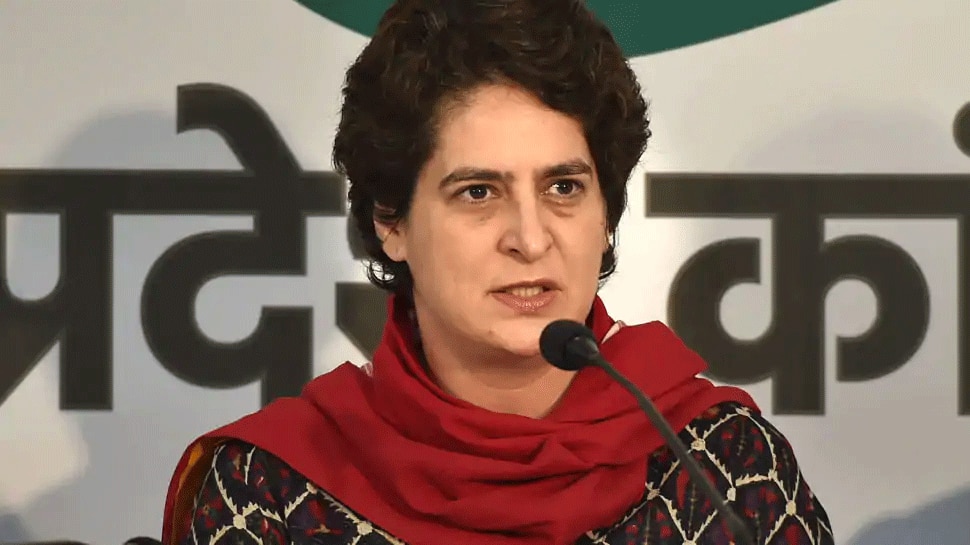 New Delhi: Congress leader Priyanka Gandhi Vadra on Tuesday urged Uttar Pradesh Chief Minister Yogi Adityanath to fix the deteriorating law and order in the state, asserting that it is the responsibility of police and administration to take action in the wake of rising incidents of kidnapping.

In a letter to the chief minister, the Congress general secretary raised the matter of Vikram Tyagi, a businessman from Ghaziabad who has been missing for almost a month.

Tyagi's family suspects that he has been kidnapped, Priyanka Gandhi said.

Even after repeated requests, no concrete action has been taken by the police or administration, she alleged.
"Two days ago, a delegation of our party met the family. They are very worried and upset. They have written in a letter seeking help and strict directive to the police officers to fully assist them," she said.

The Congress general secretary said in the letter that kidnapping incidents are increasing rapidly in Uttar Pradesh.
"Law and order is deteriorating. At this time, it is the responsibility of the police and administration to take action in such matters with promptness and efficiency," Priyanka Gandhi asserted.

"Fix the law and order problem in the state. People are disturbed," she said.

The Congress general secretary has been attacking the Uttar Pradesh government over law and order and has slammed the state dispensation over the Vikas Dubey incident as well as the killing of Ghaziabad-based journalist Vikram Joshi, who was shot in the head by some assailants.

She had attacked the Yogi Adityanath government on Monday over the issue of rising crime, alleging that "jungle raj" was growing in the state, but no action was being taken apart from some transfers.