SP chief Akhilesh Yadav paid a visit to the kin of farmers and a local journalist killed in Lakhimpur Kheri violence and questioned why the accused have not been arrested yet. 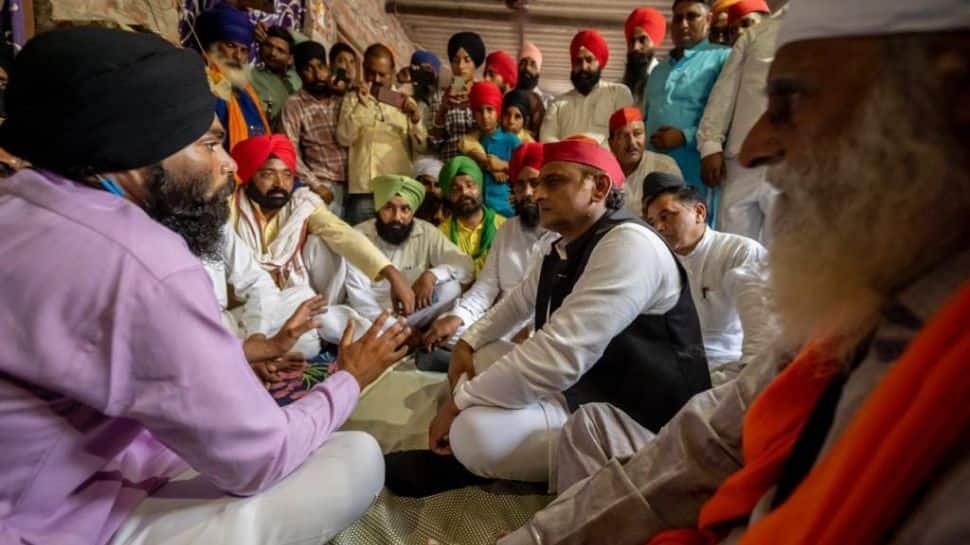 Yadav paid a visit to the kin of farmers and a local journalist killed in the violence and questioned why the accused have not been arrested yet.

"There is a lot of arrogance in the government. Why have the named accused not been arrested so far? We have hopes from the Supreme Court. Only the Supreme Court will help the poor. The truth will come out. The accused will definitely get punishment. The Samajwadi Party is with the families of the victims. When the Samajwadi Party forms its government in Uttar Pradesh, maximum help will be extended to the victims," PTI quoted the former UP Chief Minister as saying.

Samajwadi Party leader Akhilesh Yadav had met with the families of people who died in the October 3 Lakhimpur violence. "Internet services are suspended so that people don't get to share or forward the recorded videos and know the truth," he said yesterday. pic.twitter.com/CDCvLPyJCD

The SP chief also demanded Rs 2 crore financial aid and government jobs for the families of the deceased. Slamming the Uttar Pradesh government, Yadav stated, “Internet services are suspended so that people don't get to share or forward the recorded videos and know the truth.”

In the violence that erupted during a farmers’ protest in the state, eight people lost their lives on Sunday, including four farmers in Lakhimpur Kheri. The others who died were present in the cars, apparently a part of a convoy of BJP workers who came to welcome Uttar Pradesh Deputy CM Keshav Prasad Maurya.

Farmer leaders have claimed that Union Minister of State for Home Ajay Kumar Mishra's son Ashish was in one of the cars which allegedly knocked down some farmers who were protesting against the deputy CM's visit. An FIR has been filed against Ashish Mishra and others in connection with the violence in Lakhimpur Kheri.

Meanwhile, the UP police on Thursday made the first arrests in the incident and took two people into custody. Further, Ashish Mishra, an accused, has been summoned for questioning on Friday. Earlier in the day, the Supreme Court asked the state government to explain who are the accused in the FIR and whether or not they have been arrested.