The Libero app is going through a final process and would be market-ready within a month, given that his prototype is selected by the central government. 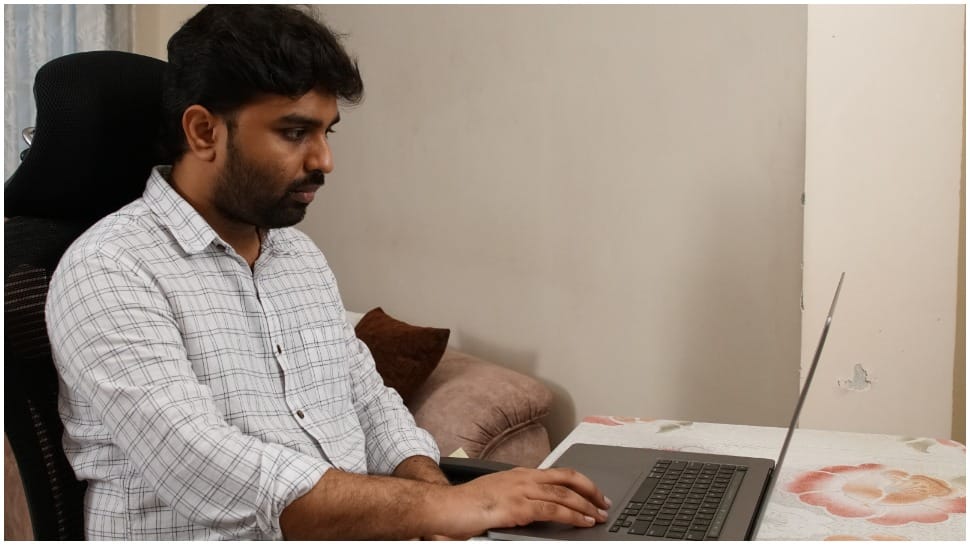 Kakinada: A 25-year old IT professional, Vamsi Kurama from Andhra Pradesh, has developed a new videoconferencing application called 'Libero app' to give Indian users an alternative to foreign video conferencing platforms like Zoom and Microsoft Teams.

Vamsi while talking to Zee Media said, "I have focussed on few major features in my prototype that includes a whiteboard, meeting notes, noise cancellation, seamless audio-video transmission, leverage Artificial Intelligence and this gives users a good experience."

Driven by the 'Make in India' initiative, Vamsi, who hails from the Kakinada city and is the Chief Technology Officer at Soulpage IT, has also submitted the prototype of the application to the Central Government for the 'Innovation Challenge for Video Conferencing Solution'.

Earlier on April 13, Ravi Shankar, the Union Electronics and Information Technology Minister, had announced the Innovation Challenge for Video Conferencing Solution under the Digital India Programme for the Indian startups and innovators to develop a world-class video conferencing solution.

Vamsi's entry has also been selected as one of the top-five out of the 2,000 entries that were submitted.

His application will be competing with Indian companies like HCL and Zoho.

The Libero app is going through a final process and would be available in the market within a month, given that its prototype is selected among the other five competitors.

Vamsi while talking to Zee Media also opined, "Why should we give our data to other nations. Our data should be with us. Make in India is a good platform for young entrepreneurs and there is a lot of space for professionals like us to innovate. Libero app is also part of our effort to boost Make in India and Swadeshi call."

Recently, more than 50 Chinese applications were banned by the Indian government as the apps were 'engaged in activities which were prejudicial to sovereignty and integrity of India, defence of India, the security of the state and public order'.