Lok Sabha clears the way for reservation for upper caste poor: Who said what

While political parties mostly had varying opinions about the bill, most agreed that it was a move in the right direction. 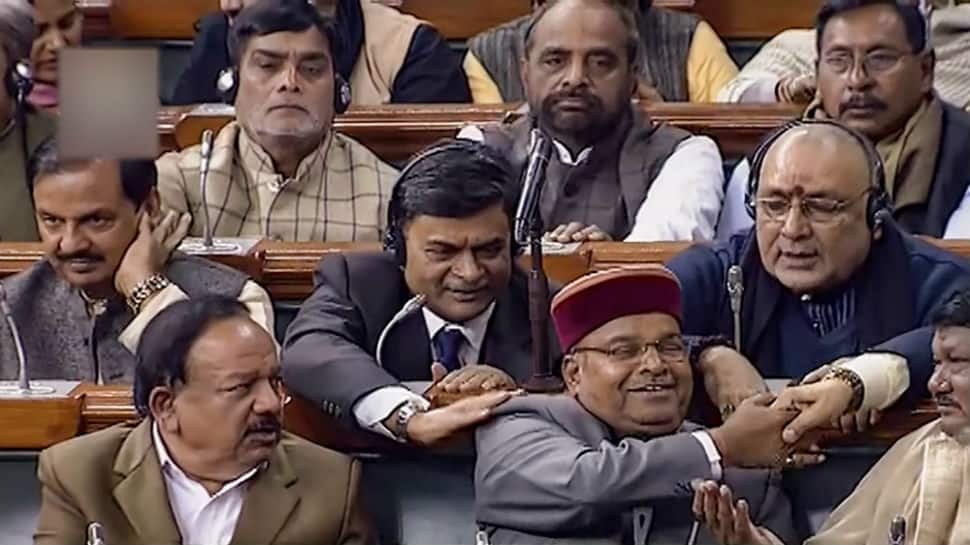 New Delhi: In a show of support for the government's move to give 10% reservation to upper caste poor in government jobs and educational institutions, Lok Sabha on Tuesday passed the Constitution (124 Amendment) Bill, 2019 with 323 votes in its favour.

While political parties mostly had varying opinions about the bill, most agreed that it was a move in the right direction. Among these were Congress which said that while it doubts the government's intentions, it supported the bill. Others like BSP, SP, TDP and DML called it a BJP stunt but mostly agreed with the idea behind the bill. Even Lok Sabha speaker Sumitra Mahajan, speaking to reporters after Tuesday's marathon proceedings inside Parliament, spoke in the bill's favour. "I felt good as my children used to ask me 'what about us, what about economically weak, will only caste matter?'. Many questions were answered today. It'll be very beneficial in the long run," she told news agency ANI.

Prime Minister Narendra Modi, who reached Parliament while the bill was still being discussed, thanked those who voted in favour of the bill. "I thank MPs from all parties who supported it. We're resolutely committed to the principle of ‘Sabka Saath, Sabka Vikas.’ It's our endeavour to ensure every poor person, irrespective of caste or creed gets to lead a life of dignity, and gets access to all possible opportunities," he tweeted. "The passage of The Constitution (124th Amendment) Bill, 2019 in Lok Sabha is a landmark moment in our nation’s history. It sets into motion the process to achieve an effective measure that ensures justice for all sections of society."

Home Minister Rajnath Singh said he was confident that the bill would be passed in Rajya Sabha as well. "It's a historic bill. Those people who couldn't get the benefits of reservation till now will be benefited. It had been a demand of people since a long time. This bill has been brought in the interest of the nation. I'm assured that it'll be passed in Rajya Sabha also," he said.

Among others who hailed Lok Sabha passing the bill was Rajya Sabha MP Subhash Chandra who congratulated the nation. "Passing of bill in Lok Sabha for reservation based on economically weak people, is a new and positive chapter in the history of independent India. This will herald social harmony and samrasta in Bharat. Congratulations to all Indians," he tweeted.

Earlier in the day, the bill was introduced by BJP's Thawar Chand Gehlot and numerous voices of support were extended for it. Finance minister Arun Jaitley's backing was, perhaps, the strongest. "Efforts in the past were misdirected. Just as equals cannot be treated unequally, unequals cannot be treated equally," he said. "Congress manifestos say the party wants to remove poverty. This bill is a test for the party on whether upliftment of poor will remain in their manifestos only or can concrete action be taken." (Read full report here)