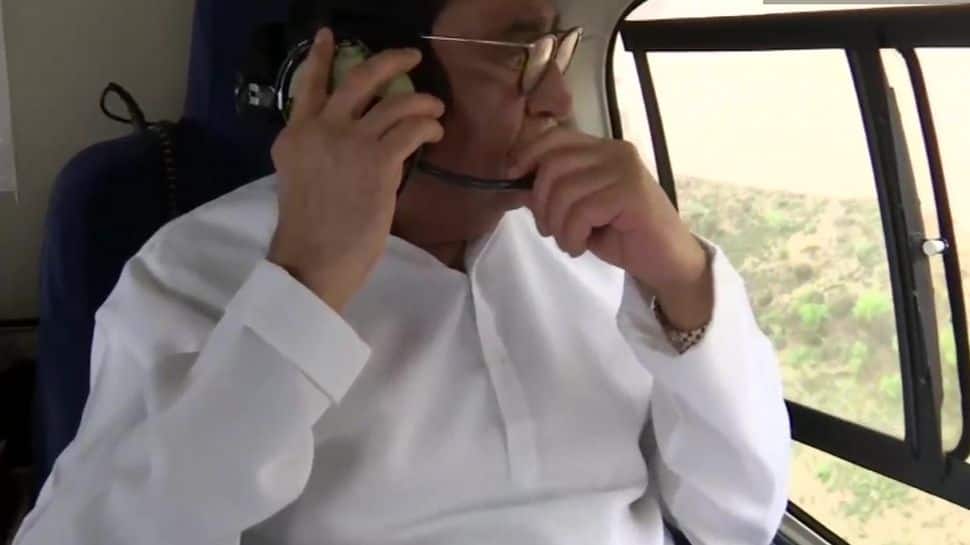 New Delhi: Madhya Pradesh Congress president Kamal Nath on Saturday (August 7) conducted an aerial survey of the flood-affected areas in Sheopur and visited other districts to take a stock of the situation. He said floods have caused an "unprecedented" damage in Gwalior and Chambal divisions.

“I have never seen such a disaster in life,” PTI quoted Nath as saying.

Addressing the reporters after his aerial survey, the former MP CM said, “I saw 80 per cent of the people on rooftops. Enormous damage was caused to the land and crops due to the flood.”

When asked about the announcements made by Shivraj Singh Chouhan government, the senior Congress leader said, "This is not the time of (playing) politics. We are extending help. The Congress will continue to help.”

Further, he asked, “How you (the government) are going to assess the losses to pay compensation. How much help you are going to provide? When will the bridges damaged by rains will be repaired and houses will be provided to the people rendered homeless due to the flood." Nath added that Congress will pose questions on the damaged bridges, loss of crops, etc to the MP government.

Addressing 'Anna Utsav' programme earlier in the day, CM Shivraj Singh Chouhan informed 8,832 people have been rescued from the flood-affected regions, while around 29,280 people have been shifted to safer places.

As per the state officials, Gwalior and Chambal divisions in north Madhya Pradesh have been battered by rains over the last few days. Torrential rains this week have affected more than 1,250 villages in the north MP. The death toll in rain-related incidents has increased to 24, the officials added.