A Madurai-based hospital has managed to reconstruct almost 90 per cent of the face of a woman acid attack survivor from Nepal over a period of seven years, giving hope and setting an example to others like her to step out in public with dignity. 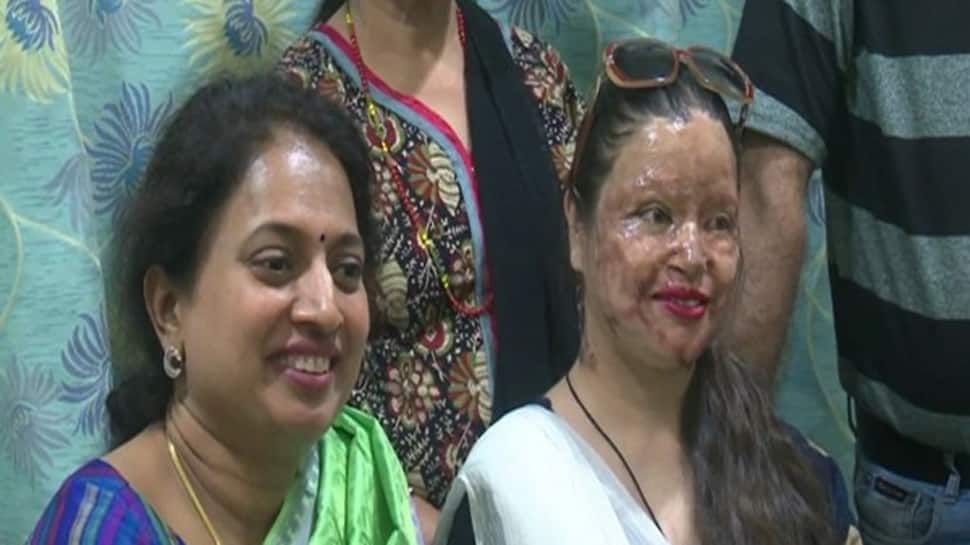 Madurai (Tamil Nadu): A Madurai-based hospital has managed to reconstruct almost 90 per cent of the face of a woman acid attack survivor from Nepal over a period of seven years, giving hope and setting an example to others like her to step out in public with dignity.

"For years I had been hiding under the cover of sunglasses and bandages but now I want to roam in public without them. Thanks to the doctors here I am positive that I will be able to do that," says Binda Basini Kansakar who was attacked with acid in 2013 when she was in the final year of school.

Kansakar says she was attacked with acid after she spurned a marriage proposal by a person who lived in her neighborhood. Her face was burnt completely and her eyes were also affected after the man flung acid on her face.

"Kesari came to my shop after 13 to 14 days after I had rejected his proposal and threw acid on my face. My father poured water over me and took me to the hospital where I was given the normal treatment. I was taken to Kathmandu for further treatment including three plastic surgeries. Later the doctor told me that I would need cosmetic surgery," said Kansakar.

A few days after the incident, she and her parents decided to take treatment in India and after a search they zeroed in on Devadoss Hospital, a private facility in Madurai. Kansakar soon arrived at the Madurai hospital, which she has been frequenting on a regular basis for medical aid. "In my view, I have recovered 90 per cent over the years. I am sure that my doctor will give his 100 per cent for my treatment, My bandages are removed now and I am sure that I am able to remove the sunglasses and face the world openly," she added.

Kansakar who was forced to discontinue her studies soon after the incident had resumed studies and is now a final year student of Bachelors in business studies in her home country. According to the doctor Kansakar`s skin area above and below the eyes which had suffered maximum damage was treated and gradually she was able to close and open her eyes. Her visual accuracy also improved with time.

Following this the survivor's nose was reconstructed with skin taken from the back of her ears. And finally, scars from the neck, eyes, chin of Kansakar were removed. This process was carried out for the last six years and during her treatment, she was also given psychological support to boost her confidence.

Dr. Balaji, Consultant Plastic Surgeon, Devadoss Hospital told ANI, "Around seven years ago Kansakar came to us with acid burns over her face. At that time she was unable to close her eyes completely so at that time our aim was to make her eyes close by surgery. Three to four procedures were carried out and meanwhile, laser procedure was also carried out to soften the scars."

"For the past six to seven years she is in our followup. Two days back she came to us for the final touch up procedure. She has recovered around 85 to 90 per cent to normal now," he added. Another doctor at the hospital, Dr Hema Sathish said doctors here have performed several reconstructive surgeries and they have worked on Kalsakar`s skin using multiple lasers and her face had shown drastic improvement within two years of treatment. Kansakar is now working in Nepal to inspire others like her - acid attack victims gain confidence.