PM Modi came down heavily on Opposition parties in his valedictory remarks while winding up the two-day BJP National Convention. 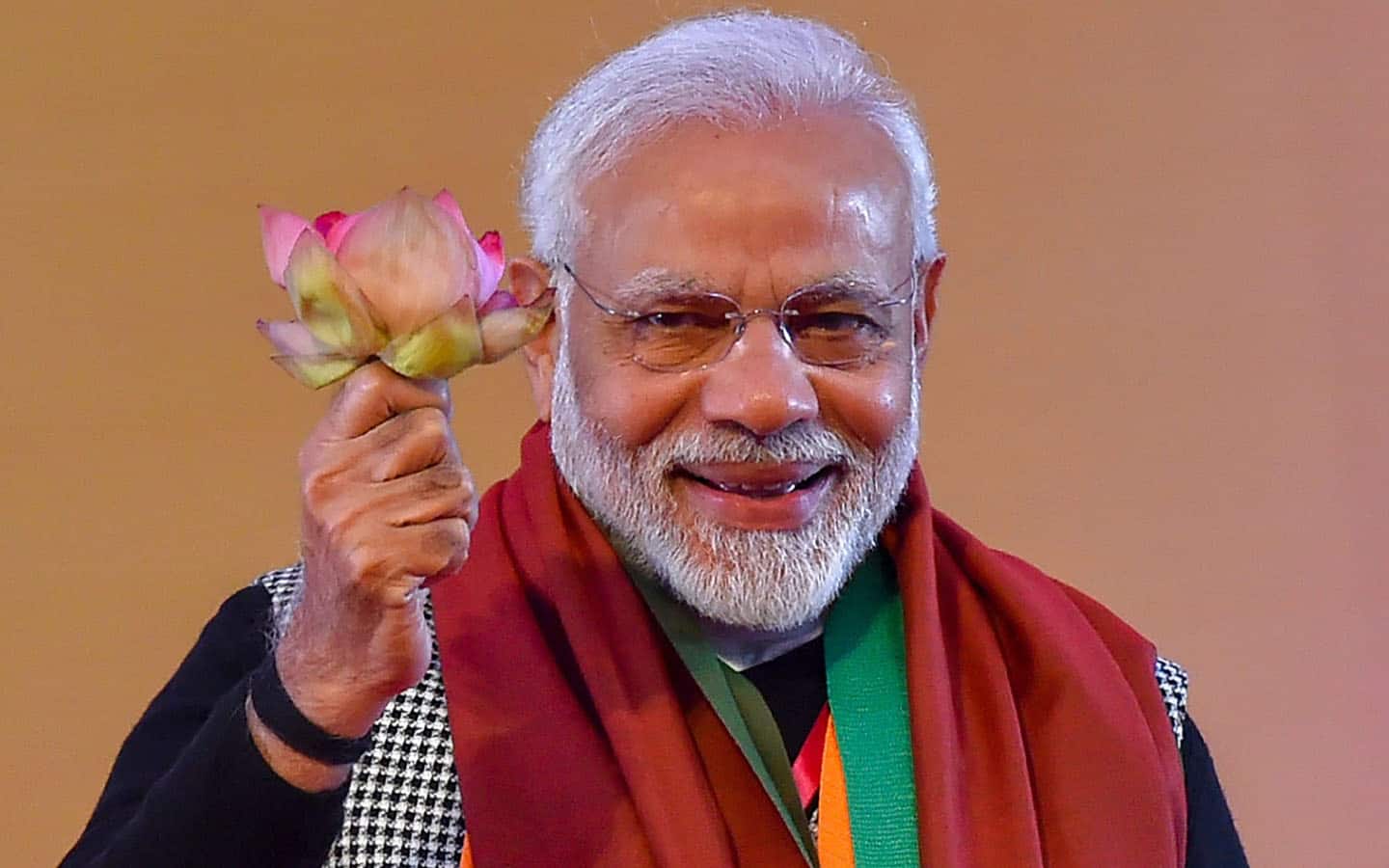 New Delhi: Prime Minister Narendra Modi on Saturday dismissed the Opposition grand alliance as a "failed experiment" and said that parties are coming together to defeat "one man" to form a "majboor" (helpless) government for solely indulging in corruption while the country wants a "majboot" (strong) government.

Asserting that there has not been a single scam in his government, he said this was proof that a government can be run without corruption.

In his valedictory remarks winding up the two-day BJP National Convention at the Ramlila Maidan here, he came down heavily on the opposition parties, saying there were aligning for their "self interest" while the BJP-led NDA government was fighting for the nation`s interest.

"These days a campaign has been going on to promote mahagathbandhan which is a failed experiment of Indian political history. The parties, which were born protesting against the Congress, its working culture and its corrupt practices, are now uniting," Modi said in a direct attack on most of the regional parties which are forging a grand alliance with the Congress at the national level.

He told over 12,000 delegates including from top brass to district-level office bearers that these political parties were surrendering to the Congress at a time when the grand old party was at its lowest ebb and its leaders were out on bail in corruption cases.

"These parties (the regional parties), which had emerged as options against Congress, have betrayed the people`s mandate and trust," he said.

The Prime Minister said that when such alliances take shape, the governments in those states work under political compulsions and cited the examples of recent developments in Karnataka, Madhya Pradesh and Rajasthan.

"The Chief Minister of Karnataka (H.D. Kumaraswamy) is saying that he was working like a clerk and not as a Chief Minister. In Rajasthan and Madhya Pradesh, the governments are being threatened (by allies) to take back cases or face the consequences," he said calling these incidents as "trailers" of the grand alliance.

Modi said that politics is done on the basis of ideologies and alliances are made on visions but for the first time it is happening that "when all are uniting against one man".

"You need to understand and make the people understand what is behind their intentions. They have joined hands to form a `majboor` government because they do not want to see a strong government which has ended all the corrupt practices," he said.

Referring to various alleged corruption cases like 2G, 3G and CWG of the UPA regime, the Prime Minister attacked the Congress and their allies and said his government was giving modern facilities to the children so that they can move forward in the field of sports with honesty and transparency.

Referring to his government`s ambitious Ayushmann Bharat Scheme, he said that his government was focussing to provide free treatment to 100 million families while the opposition wanted a government which could do scams in the healthcare sector.

Calling upon every party worker to ensure that his booth was strong, he said that nothing could stop the party from coming back to power in the coming elections.

"Last four years have taught us that nothing is impossible. We have made it possible. When we took over, we inherited a weak foundation. Today our foundation is getting stronger. Imagine what will happen if we get another five-year term," he said.