West Bengal Congress chief Adhir Ranjan Chowdhury said, "BJP and communal politics have found a foothold in West Bengal because of Mamata Banerjee. There is no question of supporting the TMC in a post-poll scenario if it falls short of a majority." 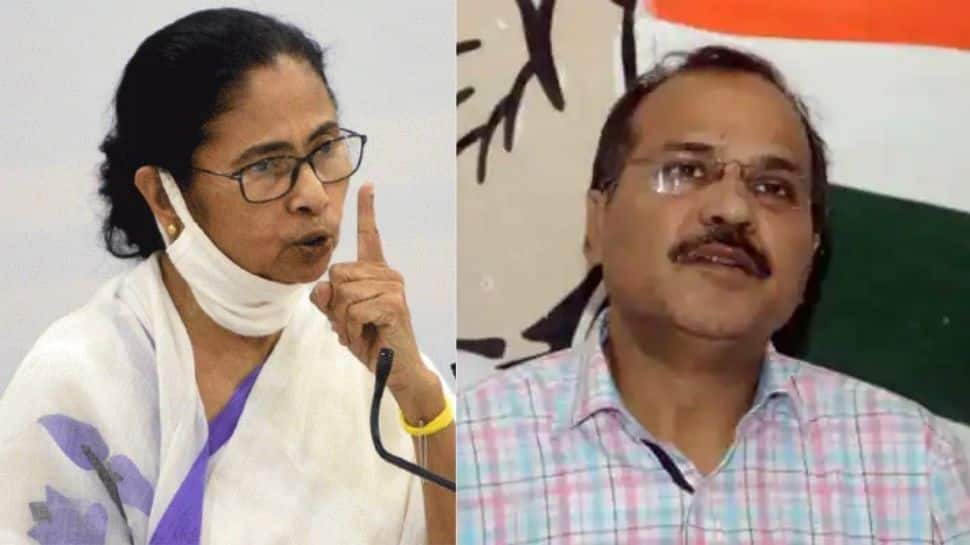 Kolkata: West Bengal Congress chief Adhir Ranjan Chowdhury ruled out the possibility of extending support to the Mamata Banerjee-led TMC or seeking her support in case the high-octane assembly elections throw up a fractured mandate.

Accusing the chief minister of trying to communalise the elections, Chowdhury said that the TMC and the BJP might join hands if both the parties fall short of the requisite numbers to form the government.

"BJP and communal politics have found a foothold in West Bengal because of Mamata Banerjee. There is no question of supporting the TMC in a post-poll scenario if it falls short of a majority.

"Similarly, there are zero chances of the Congress- Left-ISF Sanjukta Morcha or United Front alliance seeking her support to form the government. There is no possibility of any post-poll tie-up with the TMC," Chowdhury told PTI in an interview.

When asked whether the Congress and Left's refusal to extend support to the TMC will help the BJP, the two-time state Congress chief said, "In such a scenario, you will see the TMC and the BJP joining hands to form the government."

"Just like old wine tastes better, old friends are also trustworthy. The TMC and the BJP, who were earlier alliance partners, will join hands. They are like two sides of a coin," he said.

Chowdhury, however, mocked Banerjee for "surrendering" before Congress president Sonia Gandhi through her letter seeking the support of all the opposition parties.

"Mamata Banerjee had deliberately destroyed the Congress in West Bengal in the last 10 years despite the grand old party helping her come to power. Now see the irony, she has become so nervous that she surrendered before the same Congress, which she tried to finish off politically," he said.

The TMC had joined hands with the Congress to oust the Left Front from power in 2011. However, the alliance fell apart after coming to power.

"The Congress leadership is well aware of the political character of the TMC. Earlier the TMC had called the Congress a spent force, but now it is begging before us," he said.

Terming Banerjee the "biggest and most-trusted ally" of RSS-BJP, Chowdhury said her party lacks the credibility as an anti-BJP force and time has come to bid farewell to TMC's "misrule".

"Sanjukta Morcha is fighting the elections to win it and form the next government. We are not here to play second fiddle to anyone. The credibility of the TMC as an anti-BJP force is completely zero. The BJP, on the other hand, is inducting corrupt leaders and is a communal force," he said.

Expressing happiness over the "massive response" that the Sanjukta Morcha is getting during campaigning, Chowdhury said that despite efforts of the TMC and the BJP, a triangular contest is being witnessed in the elections and not a bipolar one, as expected by the two parties.

He accused both the TMC and BJP of taking West Bengal's political discourse to an "all-time low" through a "vitriolic and communal" campaign.

"I have been in politics for a long time. I have never seen the political discourse stooping to such a low level. Such kind of vitriolic and communal campaign by both the TMC and the BJP is against the culture and ethos of West Bengal. Personal attacks are unacceptable," he said.

Accusing the TMC of fuelling identity and appeasement politics, Chowdhury said that Banerjee, through her comments that Muslims should vote en masse for her party "is not only communal but also a reflection of her frustration".

"She has been doing this for the last 10 years. I fail to understand how a chief minister can make such a comment that goes against the principles of our Constitution. It is shameful and distasteful," he said, referring to Banerjee's comments at a recent election rally that prompted the Election Commission to issue her a notice.

Chowdhury, the five-time MP from the Berhampore Lok Sabha seat, claimed that the Sanjukta Morcha is fighting the elections to bring the state out of the "dark days" of the TMC rule and take it to a "new era of development".

He dismissed allegations both from within and outside that the Congress and Left Front have compromised with communalism by allying with Abbas Siddiqui's Indian Secular Front (ISF).

"The ISF has publicly stated its policies and principles, and it is no way a communal force. It is a secular party just like ours, and all of us are fighting to save West Bengal from the communal onslaught," he said.

He said the alliance has been stitched well and possibilities of "friendly fights" in some seats are only "exceptions".

"Only in one seat, we are having a friendly fight with the Left. In some seats allotted to us, the ISF has expressed the desire to contest the polls. Nothing has been decided yet," he said.

Elections for the 294 assembly seats in West Bengal are being held in eight phases. The votes will be counted on May 2.