The West Bengal CM met Congress President Sonia Gandhi at her residence, where Congress leader Rahul Gandhi was also present. While a series of topics was discussed, the focus clearly remained the 2024 Lok Sabha polls. Banerjee said that the opposition must remain united to beat BJP 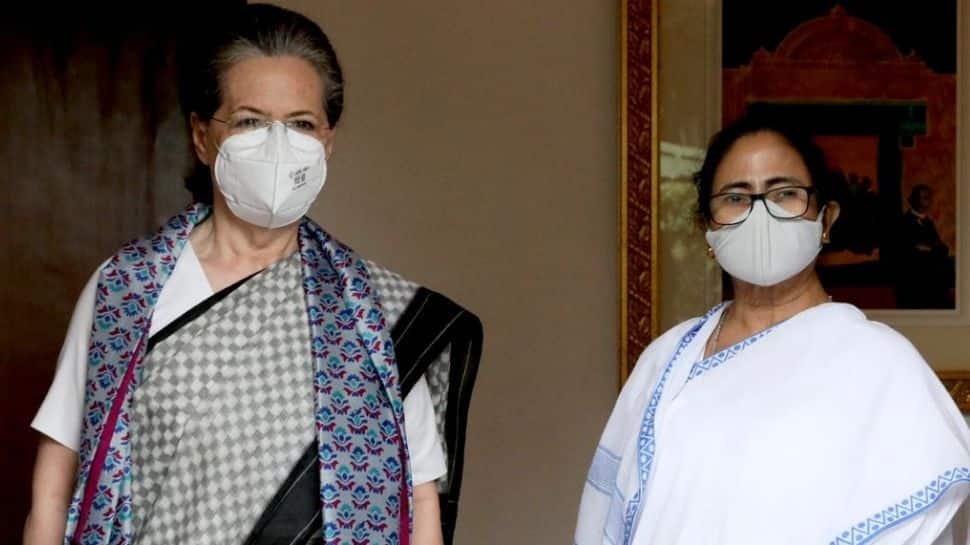 New Delhi: West Bengal Chief Minister Mamata Banerjee, who in Delhi and meeting several leaders of the Opposition during her stay in the capital, met Congress president Sonia Gandhi at her residence on Wednesday (July 28). Congress leader Rahul Gandhi was also present in the meeting, and the talks are being seen as significant with Opposition parties tries to create a united front to tackle the BJP in the 2024 Lok Sabha polls.

Speaking to media persons outside 10 Janpath, Mamata Banerjee said Sonia Gandhi had invited her for tea at her residence. ""Sonia ji invited me for a cup of tea and Rahul ji is also there. We discussed the political situation in general. We also discussed the Pegasus spyware snooping controversy and the Covid-19 situation," she said.

The Bengal CM also emphasized on the importance of the Opposition parties remaining united to challenge BJP.  "We discussed the unity of the opposition. It was a very good meeting, positive meeting. To defeat the BJP, everybody needs to come together. Everyone will have to work together," Banerjee said.

Mamata Banerjee's Trinamool Congress' win over BJP - a state for whose Assembly elections BJP top brass including PM Narendra Modi extensively campaigned - in the recent West Bengal Assembly polls has put the CM underspotlight, with many saying that she can be a credible face of the opposition. However, so far Banerjee has downplayed any questions on the matter. On who could lead an opposition front, she told journalists, "I am not a political astrologer, it depends on the situation."