The former Uttar Pradesh Chief Minister's remarks come on a day when Congress leader Priyanka Gandhi is in Varanasi to offer prayers to Guru Ravidas on the occasion of his birth anniversary. 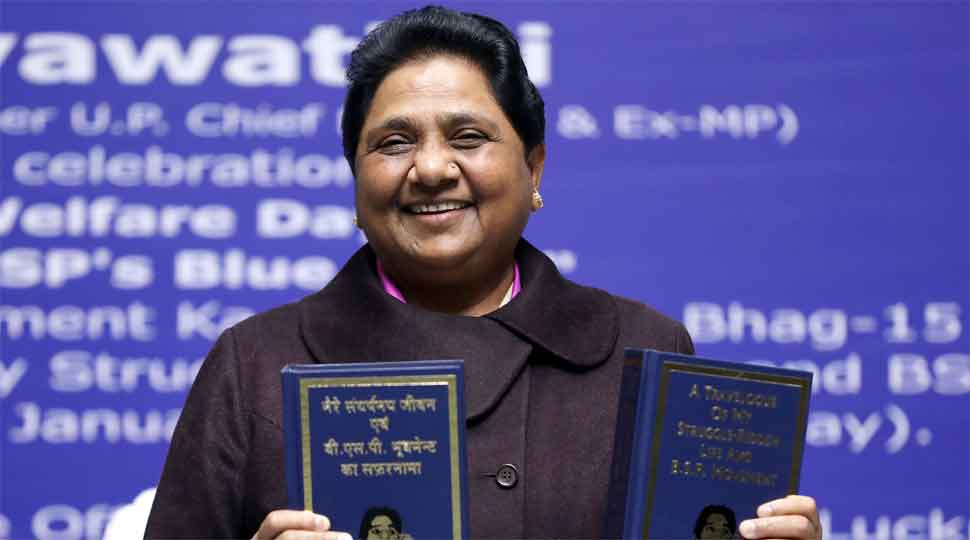 Lucknow: Bahujan Samaj Party (BSP) chief Mayawati on Sunday (February 9) accused Congress and BJP leaders of never honouring saint-poet Ravidas during their tenure and indulging in theatrics now by visiting temples to realise their vested interests. She also claimed that BSP is the only party which gave full respect and honour to Saint Ravidas when it was in power.

The BSP supremo also hit out at its ally in the last Lok Sabha election Samajwadi Party by calling it a party with 'casteist mindset'. She announced that once BSP forms the government in Uttar Pradesh again, the Bhadohi district would be renamed Sant Ravidas Nagar, which was changed during the SP regime. The Sant Ravidas Nagar district was created in 1994 after it was separated from the Varanasi district. In 2014, the Akhilesh Yadav government renamed it as Bhadohi.

"Congress, BJP and other parties did not give any respect or honour to Sant Guru Ravidas during their tenure. But, after being out of power, they are indulging in various theatrics to realise their vested interests by visiting temples and other places," Mayawati said in a tweet in Hindi.

In another tweet, she said, "The BSP, on the other hand, has been the only party, which during its government, gave respect to him at various levels, which the opposition parties are trying to put an end to. This is highly condemnable."

The former Uttar Pradesh Chief Minister's remarks come on a day when Congress leader Priyanka Gandhi is in Varanasi to offer prayers to Guru Ravidas on the occasion of his birth anniversary.

Ravidas Jayanti, the birth anniversary of Sant Ravidas, is being celebrated across the country on Sunday.

A 14th-century saint, Ravidas is revered in Buddhism, Sikhism and Hinduism. He was born in Varanasi and was a leading figure of the Bhakti Movement. Sant Ravidas left behind a great legacy and a 21st-century cult called Ravidassia follows his teachings. Lakhs of people converge at Shri Guru Ravidas Janam Asthan Mandir in Varanasi to celebrate his anniversary.