Her immovable properties, both residential and commercial in Lucknow and Delhi, cash in banks and jewellery, stood at over Rs 111 crore. 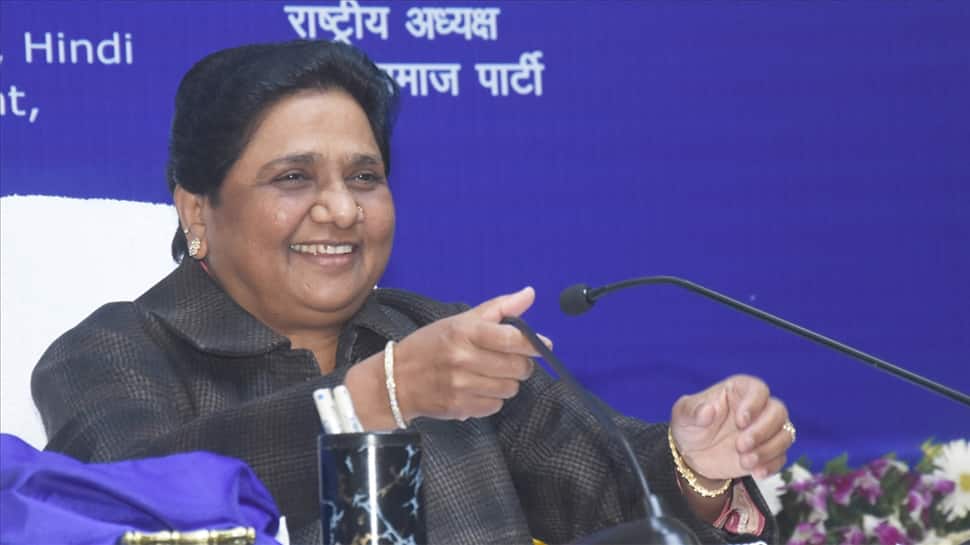 New Delhi: BSP chief Mayawati, who the Supreme Court has said should reimburse to the public exchequer the money spent on putting up statues of herself, her mentor Kanshi Ram and of elephants - the party symbol - in Lucknow and Noida, holds properties in Lutyens`s Delhi worth several crores of rupees. She also has an official residence-cum-office in the national capital.

Mayawati, who rose from the grass-roots to national prominence and is counted among the richest politicians in country, is a four-term Chief Minister of Uttar Pradesh.

According to the declaration made by her at the time of filing her nomination papers for the 2012 Rajya Sabha elections, her immovable properties, both residential and commercial in Lucknow and Delhi, cash in banks and jewellery, stood at over Rs 111 crore. She resigned from the Rajya Sabha in 2017.

In 2010, when she was elected to the Uttar Pradesh Legislative Council, Mayawati`s total assets were valued at around Rs 88 crore and in 2007 they were estimated at around Rs 52.27 crore.

Much of her wealth is in real estate and she has residential buildings in posh areas of Delhi and Lucknow.

Mayawati was allotted three adjacent government bungalows during the Congress-led UPA government in 2013 on Gurudwara Rakabganj Road in the heart of national capital.

The bungalows - Nos. 12, 14 and 16 - were amalgamated into a super-bungalow and now serve as her residence-cum-office in Delhi. She holds her press conferences and other important party meetings here. The amalgamated single unit has been allotted in the name of Bahujan Prerna Trust.

Rules do not allow any modification in government bungalows in New Delhi`s Lutyens Bungalow Zone but the rules have been violated.

Mayawati also has a government bungalow in her name at 4, Gurudwara Rakab Ganj Road, which is separate from these three.

Such bungalows are meant for Ministers and Secretaries with a plot size of 8,250 square feet and front and back lawns. They have a plinth area of 1,970 square feet and include eight bedrooms, four servants quarters and two garages.

The Bahujan Samaj Party supremo`s immovable properties in Delhi include two commercial buildings in Connaught Place in Delhi (B-34 ground floor and B-34 1st floor with areas of 3,628.02 and 4,535.02 square ft respectively) whose approximate market value was estimated at Rs 9.39 crore and Rs 9.45 crore respectively in 2012, when she filed her nomination for the Rajya Sabha elections.

The Supreme Court on Friday observed that Mayawati should reimburse the public exchequer the money spent on putting up elephant statues in Lucknow and Noida.

With her rivals attacking her in the wake of apex court obervations, Mayawati said parks and memorials were built in Uttar Pradesh during her regime to honour great men from among oppressed Dalit and OBCs. These have become tourist spots, generating revenue for the government, she added.

She said the media should not distort the oral observation of the court. "Sure to get justice in this matter also. Media and BJP leaders, please stop kite flying," she said in on Twitter.

The case will be next heard in April.

PM Modi slams Naidu for aligning with Congress, says he ditched his father-in-law