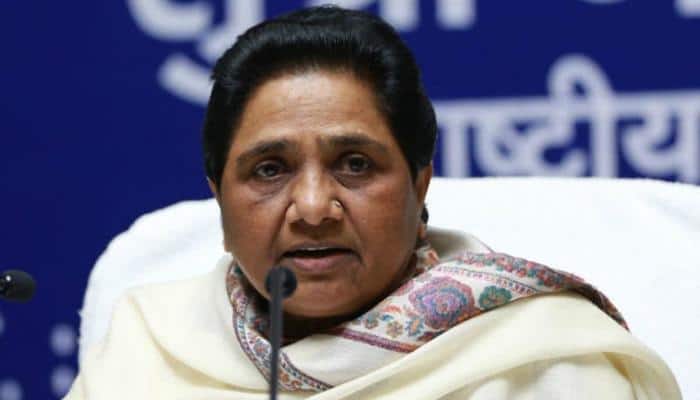 Bahujan Samaj Party (BSP) chief Mayawati on Tuesday launched a scathing attack on the Bharatiya Janata Party (BJP) as she addressed a press conference in Lucknow on the occasion of her birthday. Defending her arch rival-turned-ally, Samajwadi Party chief Akhilesh Yadav, Mayawati accused the BJP of misusing government agencies like the Central Bureau of Investigation (CBI).

The BSP supremo termed the CBI action against Akhilesh Yadav in illegal mining case as “unfortunate” and a “political conspiracy” by the BJP, even as she said that people of the country will decide on who the next prime minister of the country would be.

“We have always worked for the poor and the down trodden. The government should give 100% farm loan waiver else farmer suicides will continue. A strong farm loan waiver policy should be made,” the BSP supremo added.

Talking about the newly-declared alliance between the BSP and her traditional arch rival Samajwadi Party, Mayawati said that the two parties, who have a strong base in Uttar Pradesh, have “put aside their selfish interests”.

“The coalition between the BSP and the SP is in the interest of the nation. Our alliance has resulted in lack of sleep for the rivals,” asserted Mayawati.

She also used the opportunity to target Prime Minister Narendra Modi, alleging that while he held several grand rallies, he kept showering promises but did not fulfil any of them.

'A girl is born sealed from birth until it is opened': Jadavpur University professor sparks row with 'virgin wife' comments