The BSP has decided to support the bill, which is likely to be tabled in Lok Sabha on Tuesday. 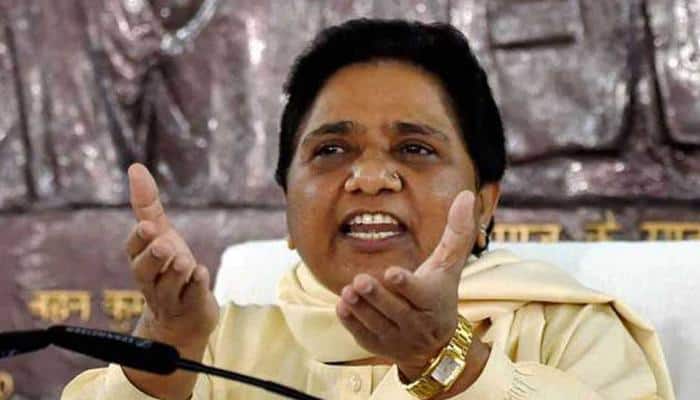 A day after Prime Minister Narendra Modi-led NDA government decided to give 10 per cent reservation to the economically backward members of the upper castes, Bahujan Samaj Party (BSP) supremo Mayawati on Tuesday told news agency ANI that her party welcomed the move. She, however, termed the move as a “political stunt”.

The BSP has decided to support the bill, which is likely to be tabled in Lok Sabha on Tuesday.

"Bohot der kar di meherbaan aate aate, that also when elections are around the corner. No matter what they do, what 'jumlas' they give, nothing is going to save this government," said Rawat.

Speaking on the issue, AAP supremo and Delhi Chief Minister Arvind Kejriwal said, "The government should extend Parliament session and bring constitutional amendment immediately. Else it is merely an election stunt."

Mamata Banerjee, meanwhile, questioned the Constitutional validity of the move by the government, saying, "My questions is how can they increase the quota from 50-60%? If they can satisfy in legal terms, I have no problem. I was going through a Supreme Court order, according to which any reservation beyond 50% is unconstitutional. The Supreme Court's order mentions that the quota should not exceed 50%. Any reservation beyond 50% will be struck down."

The decision of the government effectively means that those who are economically backward and fall under the general category will now be able to enjoy the benefits of reservation in government jobs, an advantage that wasn't available to them previously. The 10% quota economically backward in general category will be over and above existing 50 percent reservation.