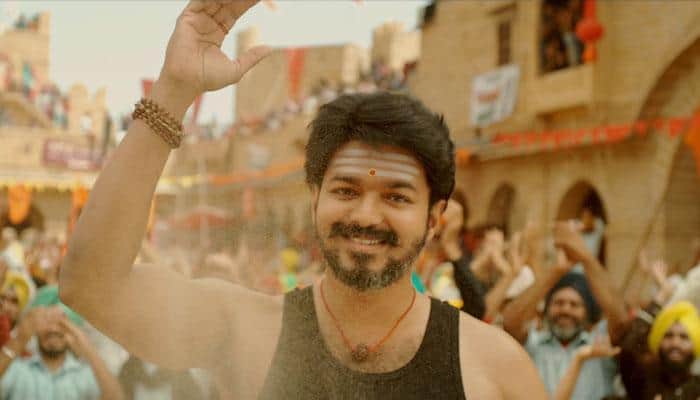 The BJP leader posted the voter ID of the actor with caption – “Truth is bitter”.

This is not the first time that Raja raked up the religion of the actor over the issue. He had earlier written, “Joseph Vijay’s hatred for Modi is Mersal”.

He had also raised questions over a dialogue in the movie that said hospitals must be built before temples. Pointing that as many as 17,500 churches, 9,700 mosques and 370 temples were constructed in the last 20 years, he had asked, “out of these what should be avoided to build hospitals?”

The BJP has been on an offensive against the movie, directed by Atlee Kumar, since its release on October 18 in theatres.

Tamil Nadu BJP chief Tamilisai Soundararajan had demanded removal of the dialogues relating to GST, digital payments and temples from the movie as they allegedly spread a wrong message.

She also wondered whether Vijay had asked his fans to distribute milk to poor children instead of pouring it on his cutouts erected outside the theatres.

There was also a war of words between senior BJP leader GVL Narsimha Rao and Bollywood actor-producer Farhan Akhtar. Speaking on the issue, Rao had told a television channel that “most of our film stars have very low general knowledge”.

Reacting to this, Farhan Akhtar expressed his anger on Twitter, saying “how dare you, sir?? And to all the film people in his ranks.. here’s what he thinks of you”.

How dare you, sir?? @GVLNRAO

Farhan ji, Expressing an opinion is not a dare. Respect stars4work. Pl do take criticism in stride. No intolerance please!!@FarOutAkhtar https://t.co/Fn1igWvKHi

The movie and the actors, meanwhile, also got the backing of Tamil superstar Rajinikanth, who has been hinting on making a foray in politics. He had extended his support to the movie team on Twitter and lauded them for addressing “important topic”. "Important topic addressed... Well done!!! Congratulations team Mersal," Rajinikanth tweeted.

Congress vice president Rahul Gandhi and senior party leader P Chidambaram had also hit out at the BJP for demanding cuts in "Mersal".

"Mr Modi, Cinema is a deep expression of Tamil culture and language. Don't try to demon-etise Tamil pride by interfering in Mersal," Rahul Gandhi said in a tweet which was retweeted by Chidambaram.

The makers of the film have, however, said that if needed they would delete scenes that have caused “misunderstanding”.

Claiming that the BJP leaders have accepted their explanation, Sri Thenandal Films head Murali Ramaswamy said, "From their perspective, their opposition is just. If opinions (expressed in the movie) that may lead to misunderstanding need to be removed, we are ready for that too."