US Secretary of State

US Secretary of State Mike Pompeo will be visiting India from June 25 to June 27. 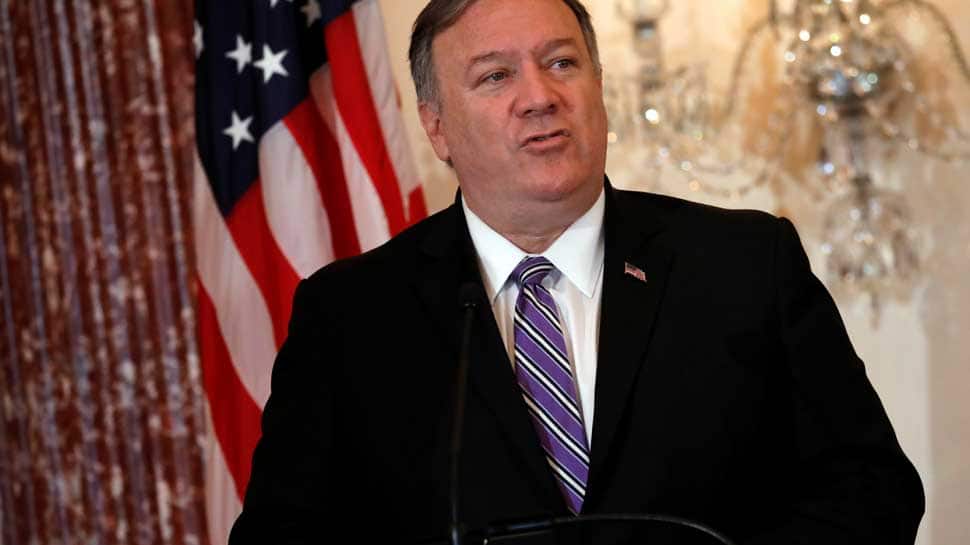 Washington: US Secretary of State Mike Pompeo, who is scheduled to visit India next week to deepen and broaden the bilateral relationship, is unlikely to offer any relief to New Delhi from sanctions on buying oil from Iran, a senior State Department official said on Friday.

"I think the Trump Administration has been very clear that this is the time to keep pressure on Iran, and certainly with the backdrop of the last several days, to ensure that Iran understands it needs to stop its destabilizing behaviour in the region," the State Department official said in a background call with reporters.

The State official, however, said that the US government has been working hard to boost global supply as sanctions waivers expired in May.

"We've worked closely over the course of the last several months to ensure that sufficient oil supply is available to our partners, and the US for its part has dramatically increased its crude oil production and will continue to do so," the official said.

"And at the same time, other key suppliers have also stepped in," he said adding, ''I think actually, crude oil prices are at their lowest over the last four and five months.''

During the background call, the State Department official accepted that India and Iran have had historic good ties and the fact that New Delhi has not been entirely supportive of the US diplomacy in Iran.

''We appreciate the steps India has taken to reduce its crude oil imports from Iran. I think India shares our concerns about the possibility of a nuclear Iran. It’s not something that contributes to regional stability. And at the same time, we’ve engaged with the Indians in a conversation as to how to preserve an exemption for the Chabahar Port, which allows India to continue essential humanitarian supplies to Afghanistan as well as to provide Afghanistan with economic alternatives. So I expect Iran will be on the agenda, but again, this is an area where we’ve succeeded in working well with India.''

He also informed that President Donald Trump spoke with Saudi Arabian Crown Prince Mohammad bin Salman on Friday during which the two leaders touched on the Saudi crude oil production amid the growing conflict between the US and Iran.

"The two leaders discussed Saudi Arabia's critical role in ensuring stability in the Middle East and in the global oil market," the White House also said in a statement later. "They also discussed the threat posed by the Iranian regime's escalatory behavior."

Iranian crude oil and condensate exports, which averaged about 1.7 million b/d in March, fell to about 1 million b/d in April and an estimated 800,0000 b/d in May, according to data from cFlow, Platts trade flow software and shipping sources.

The majority of those flows in May were to China, Turkey, and Syria, according to these sources.