Union Health Minister Harsh Vardhan on Friday said that more than one million recoveries from the coronavirus COVID-19 has taken the recovery rate in India to 64.54 per cent. Vardhan chaired the 19th meeting of the High-level Group of Ministers (GoM) on COVID-19 by a video-conference. 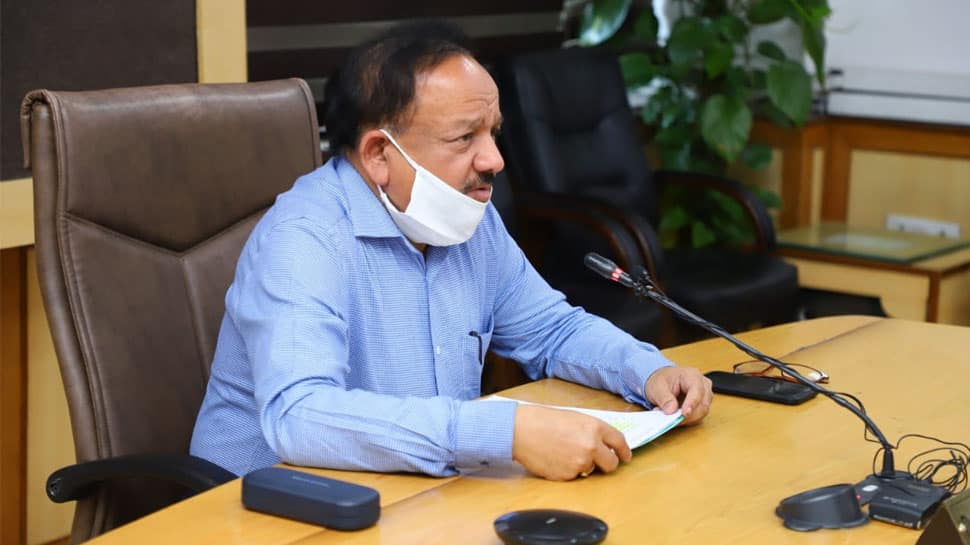 Union Health Minister Harsh Vardhan on Friday said that more than one million recoveries from the coronavirus COVID-19 has taken the recovery rate in India to 64.54 per cent. Vardhan chaired the 19th meeting of the High-level Group of Ministers (GoM) on COVID-19 by a video-conference.

He stated, “India has achieved the milestone of more than 1 million recoveries which has taken the recovery rate to 64.54  per cent. This shows that the active cases under medical supervision are only 33.27 per cent or approximately one-third of the total positive cases. India’s case fatality rate is also progressively reducing and currently stands at 2.18 per cent, one of the lowest globally.”

While speaking on the severity of cases found in India, the Health Minister said, “Out of the total active cases, only .28 per cent patients are on ventilators, 1.61 per cent patients needed ICU support and 2.32 per cent are on oxygen support”. On the rapidly expanding testing capacity of India, he highlighted that as on date, through a network of 1331 labs (with 911- Government labs and 420 private labs), India has conducted a record 6,42,588 tests in the last 24 hours. This has taken the cumulative tests to more than 1.88 crore.

Singh highlighted that efforts are being made to reduce mortality in high caseload districts/cities and cities showing recent upsurge like Pune, Thane, Bengaluru, Hyderabad etc. The measures to be taken include revamping the strategy for effective management of containment zones through stricter perimeter control; widespread Rapid Antigen Tests; intensive and rapid door-to-door search; more isolation facilities for suspects/cases; standard case management protocols along with an increase in oxygen supported beds & ventilators and assessing true burden through planned serosurveys. Jan Chetana through targeted IEC campaigns and Jan Bhagidari (community involvement) were suggested as the way forward.

In moderate caseload districts/cities, the efforts would focus on preventing spill-over from the high burden areas; limiting local spread; early identification of cases; strengthening contact tracing with the use of technology; and community involvement. As for the low burden districts, the efforts aimed at preventing infection among the population from other areas; strengthening Influenza-Like Illness (ILI)/ Severe Acute Respiratory Illness (SARI) surveillance and targeted testing; rigorous contact tracing with targets to be set by the local administration (>15-20 contacts/case); and prior identification of high-risk population.