Modi is real face of BJP, without him party will lose local election, Raut feels. He adds that wary following  losses in several states, the PM is taking decisive steps and appointment of first-time BJP MLA Bhupendra Patel as Gujarat's new Chief Minister is an indication of that 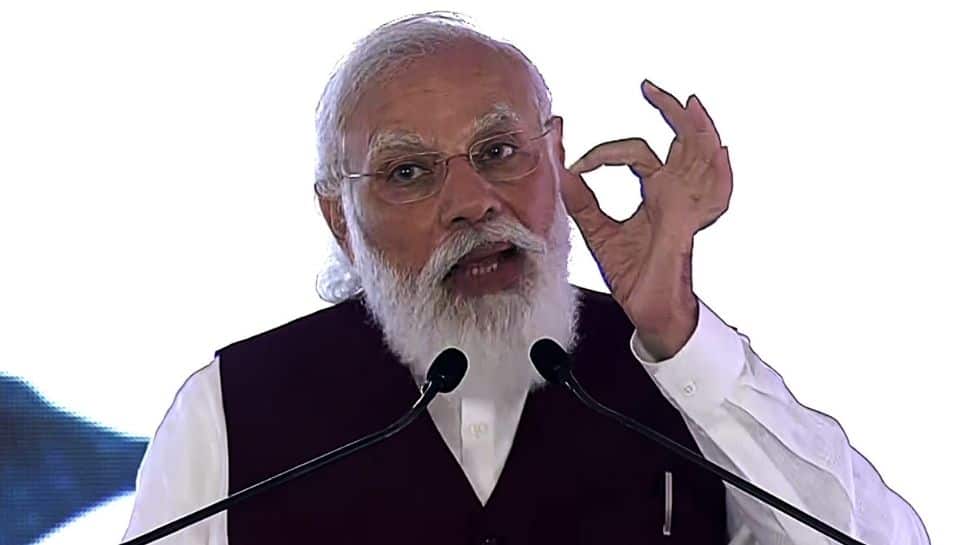 The executive editor of the party mouthpiece 'Saamana', Raur in his weekly column said, "Modi is the real face of the BJP and everyone else is a torn mask. Without Modi, many of the present masks of the BJP will be defeated in the municipal elections. Being aware of this, he has started taking bold steps to prepare for 2024."

Raut further said that since JP Nadda became the President of BJP, the party has been undergoing constant changes. "It was through Nadda that the Chief Ministers of Uttarakhand and Karnataka were changed. The Chief Minister of Gujarat was also changed in a jiffy, in fact, the entire cabinet was reshuffled. The new Chief Minister of Gujarat Bhupendra Patel is a first-time MLA. Modi-Nadda have shown that nothing is impossible in politics. They have made all the ministers in Rupani's cabinet sit at home," Raut said in his editorial.

"The 24 ministers who have taken the oath, all have become ministers for the first time. Modi and Nadda have made a bet on Gujarat by taking out all the former ministers including Nitin Patel. Rajendra Trivedi was the Speaker of the Legislative Assembly, he has also made a minister," he added. Raut further said that Shiv Sena said BJP has started 'repair work' through Nadda to overcome the defeat of the party in West Bengal, Tamil Nadu, Kerala, and Maharashtra.

"In the last few months, except for Assam, BJP had to face defeat in West Bengal, Tamil Nadu, Kerala. Amit Shah had put his life on the line in West Bengal. In Kerala, Sreedharan was roped in. But in the era of Amit Shah, the 25-year-old BJP-Shiv Sena alliance in Maharashtra broke down and now the BJP has to sit in the opposition. They also lost West Bengal, the reason PM Modi must have started the repair work through Nadda," Raut said.