In its complaint, the CJP claimed that the anchor showed Zee News viewers a ‘Jihad diagram propagating various types of jihad in the country categorizing them as soft jihad and hard jihad. 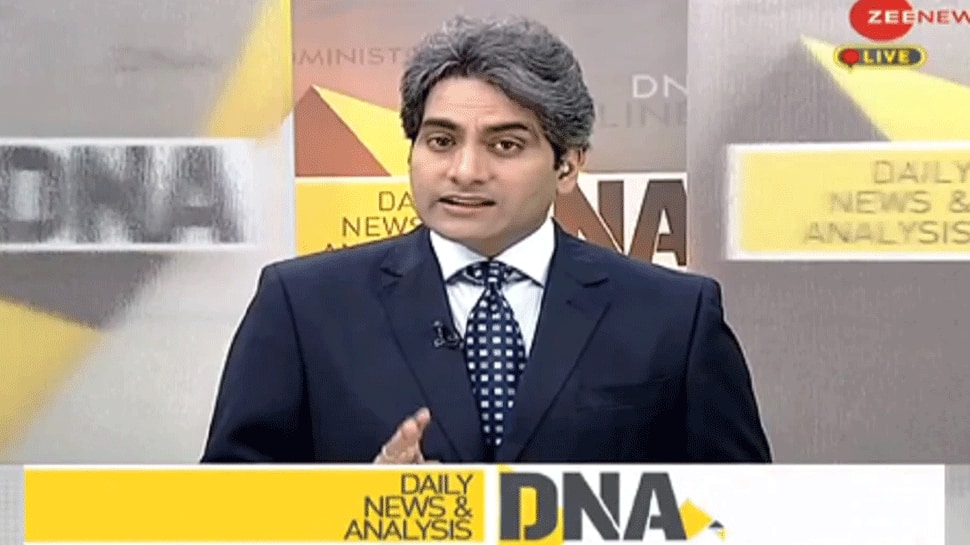 NEW DELHI: The independent news and digital content monitoring body, News Broadcasting and Digital Standards Authority (NBDSA) has dismissed a complaint lodged by the Citizens for Justice and Peace (CJP) against a programme aired on Zee News.

The NBDSA dismissed the complaint on the ground that the same is barred by “limitation and the delay cannot be condoned by the authority.” It may be noted that the CJP had filed a complaint against a Zee News show titled, "DNA: Jammu mein zameen ke islamikaran ka DNA test”.

In its complaint, the CJP had claimed that the Zee News anchor showed the viewers a ‘Jihad diagram propagating various types of jihad in the country categorizing them as soft jihad and hard jihad.

The complainant further alleged that in a country that is walking a tight rope when it comes to dealing with communal issues, such a brazen display of cooked up concepts and types of Jihad is an attempt to create and propagate Islamophobia amongst the masses.

Questioning the intent of the show, the CJP alleged that the show put forth a point that 90 % per cent of land in Jammu is owned by Muslims despite it being a Hindu majority region and that the anchor termed it as a “conspiracy to turn Hindu-populated Jammu into a Muslim dominated region.”

Responding to the complaint, the NBDSA called the broadcaster and the complainants for a hearing on 28 October 2021. Advocates Vijay Aggarwal and Yugant Sharma appeared for Zee Media before the NBDSA and opposed the complaint claiming that the “same was barred by limitation” and the CJP did not disclose the said fact and even did not file an application seeking condonation of delay along with the complaint.

Thereafter, the CJP filed an application for condonation of delay and the reply to the same was filed by Zee News.

Advocate Vijay Aggarwal while opposing the application for condonation of delay argued that the complaint was filed by CJP against the show that was broadcast on 11 March 2020 on 24 March 2020 - that is 13 days after the show was aired, however, the complaint has to be made within 7 days from the date of the first broadcast till 18.03.2020, as per the mandate of proviso of Regulation 8.1.6. of the NBDSA Regulations, therefore, the “delay is wholly unexplained.”

Zee News counsels further argued that the complaint by the CJP was made to the broadcaster on 24.03.2020 and the period for filing of reply was within 7 days but the same was not filed and thereafter complaint was to be filed within 14 days after 7 days till 14.04.2020 as per the mandate of Regulation 8.2 of the NBDSA Regulations.

But the complaint was filed with the Authority on 16.04.2020 - 2 days after the expiry of the period prescribed by the regulations, which clearly shows negligent conduct and deliberate inaction on part of the complainant.

Considering the submissions of the legal counsels appearing for the parties, NBDSA dismissed the complaint and noted that under the News Broadcasting Standards Authority Regulations (Regulations), it had to consider whether it had the power to condone the delay in filing the complaints at three levels of redressal of grievances.

And third, at the time of issuance of show cause notice by NBDSA to the broadcaster under Regulation 8.7.

NBDSA observed it is clear that there is no power vested with it to condone the delay of a complaint filed with the broadcaster, which is beyond the period of 7 days from the date of broadcast, as the said provisions do not specifically give the Authority any power to condone the delays in filing complaints.

In view of the fact that NBDSA has no powers under the Regulations to condone any delay in filing of a complaint at the first level of redressa1, NBDSA could not entertain the same on merits. NBDSA, therefore, decided to dismiss the complaint filed by CJP on the ground that it was filed beyond the period of limitation permitted under the regulations.