Àmit Shah had last week pitched for Hindi as a common language for the country and said that it was necessary to have one language which could represent India in the world. 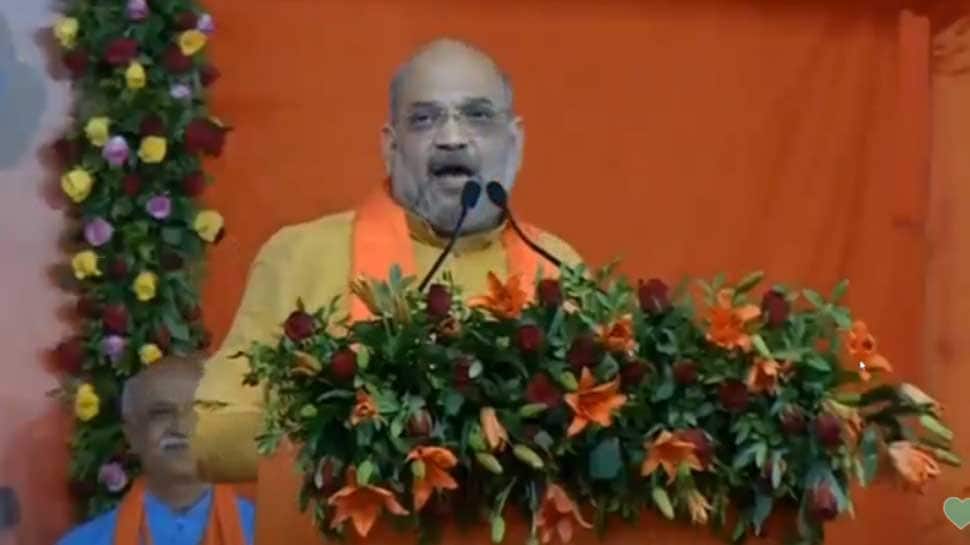 NEW DELHI: Amid an ongoing row over his call to culturally unify India with Hindi as its national language, Union Home Minister Amit Shah on Wednesday clarified that he had never called for imposing Hindi over regional languages and that the issue is being blown for political motives.

''I never asked for imposing Hindi over other regional languages and had only requested for learning Hindi as the 2nd language after one’s mother tongue,'' the Home Minister said, according to ANI.

Shah said that he himself comes from a non-Hindi speaking state and that the people were doing politics on the issue.

''I myself come from a non-Hindi state of Gujarat. If some people want to do politics, it's their choice,'' the Home Minister added.

Shah had last week pitched for making Hindi as a common language for the country and said that it was necessary to have one language which could represent India in the world.

While speaking on the occasion of 'Hindi Diwas', Amit Shah suggested that widely-spoken Hindi is the language which can keep India united.

The Home Minister also appealed that Hindi be made the primary language, saying that it is necessary to have one to represent India.

"I want to appeal to people to promote their native languages but also use Hindi to make the dream of Bapu (Mahatma Gandhi) and Sardar (Vallabhbhai) Patel of one language come true," Amit Shah also tweeted. Shah said that while diversity in languages is India's strength, a national language is needed so that foreign languages and cultures do not overpower the country's own.

However, Shah remarks were seen as an attempt by the Centre to impose Hindi over regional languages, triggering widespread protests and condemnation from political quarters.

Dravida Munnetra Kazhagam workers took out a protest on Wednesday against the Centre government over imposition of Hindi in Tamil Nadu. The protest at the Gudiyatham Railway station near Vellore saw party workers blackening the writing in Hindi on the boards even as they raised slogans against the BJP-led Union government and any move to impose Hindi forcefully.

On Tuesday, after a meeting with party leaders in Chennai, DMK chief MK Stalin told the media that his party will hold protests in all districts of Tamil Nadu from September 20 against the imposition of Hindi language. However, the party on Wednesday decided to call off its statewide anti-Hindi protest which was scheduled for Friday following a meeting between party chief MK Stalin and state's Governor Banwarilal Purohit.

Stalin said that the Governor had assured them that Amit Shah's comments were made in a personal capacity and that imposition of Hindi will not be allowed in the state.

In a related development, veteran actor and politician Rajnikanth too said on Wednesday that none of the southern states will accept the imposition of Hindi.

Speaking on the issue, BJP leader and Karnataka Chief Minister BS Yediyurappa also said that all the languages were equal and there will be no compromise with the pride of place enjoyed by Kannada in the state.