"The COVID review meeting, which was held today, has decided to continue night curfew and lockdown on Sundays across the state," said CM Vijayan. 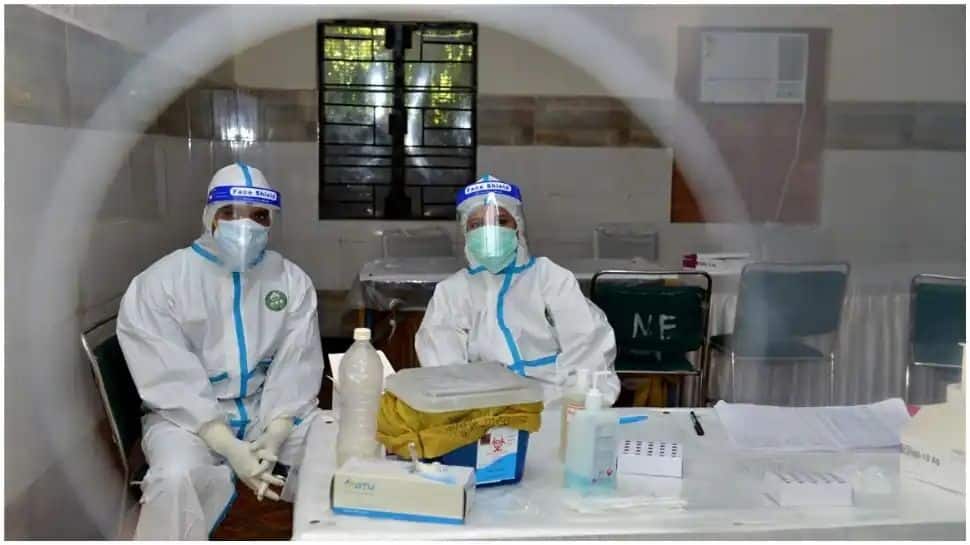 New Delhi: The Chief Minister Pinarayi Vijayan on Saturday (September 4, 2021) informed that Kerala will continue with its night curfew and Sunday lockdowns amid the continuing high number of COVID-19 cases in the state. The announcement came after the state authorities held a meeting to review the coronavirus situation in Kerala.

"The COVID review meeting, which was held today, has decided to continue night curfew and lockdown on Sundays across the state," said Vijayan while addressing a press conference post the meeting.

The Chief Minister also informed that Kerala reported 29,682 new COVID-19 cases, 25,910 recoveries, and 142 deaths on Saturday. The number of active cases in the state stood at 2,50,065 while the death toll logged was 21,422. Additionally, the test positivity rate was recorded at 17.54 percent. On the other hand, on Saturday, India recorded 42,618 fresh COVID-19 cases in the last 24 hours wherein Kerala contributed a majority of cases by logging 29,322 positive cases. 330 fatalities were reported in the country in the last 24 hours wherein Kerala added 131 fatalities.

Experts on recent surge in Kerala

Vijayan further stated, "Health experts have opined that considering all these reasons the recent surge in covid cases in Kerala should not be very worrying. The government held a discussion with health experts at the national and international level to assess the covid situation in Kerala." Vijayan said that the Kerala government has decided to form neighborhood watch committees with government employees, volunteers, and residents association as members. If anyone breaks quarantine rules they will be fined and will also be kept in paid quarantine centers, he added. He also said that police services will be used to ensure that COVID-19 positive people are staying in quarantine at their homes. He further said that a case will be registered against those violating quarantine rules, adding that police motorcycle teams will be deputed to keep a check.

The Chief Minister also officially announced 'be the warrior ' campaign to contain the spread of COVID-19 infection in the state. The Chief Minister handed over the logo of the campaign to state Health Minister Veena George. The campaign was organized by the state health department. Speaking at the launch of the campaign, Vijayan said, "Self-defense is most important. Everyone must save themselves from COVID-19. The campaign aims to ensure that everyone wears a mask, cleans their hands frequently with soap, water, or sanitizer, maintains physical distance, and takes two doses of vaccine to take part in the fight against COVID-19. We can't go to the lockdown all the time. Life and livelihood must be protected at the same time.

It is a condition that COVID-19 can be infected by anyone. So everyone should be cautious."

He stated that the main objective of this campaign is to reduce the severity of the third wave and to intensify the vaccination drive. As a result of the preventive measures taken by the state so far, many people have been saved from contracting the disease, said the Chief Minister, adding that efforts are being made to make everyone safe by vaccinating as soon as the vaccine is available.

Vijayan informed that the campaign also aims to educate the general public on the importance of SMS campaigns, (Soap, Mask, Social Distance ), pass only the official guidelines of the department of health, observe reverse quarantine and prevent the spread of the disease to the elderly, children and inpatients.

"As part of this, an active effort will be made to raise awareness about the importance and responsibility of every citizen in the fight against covid through newspapers, visual, audio, social media, and other means across the state. Each of us can be a selfless warrior in the fight against the covid pandemic," added the Chief Minister.