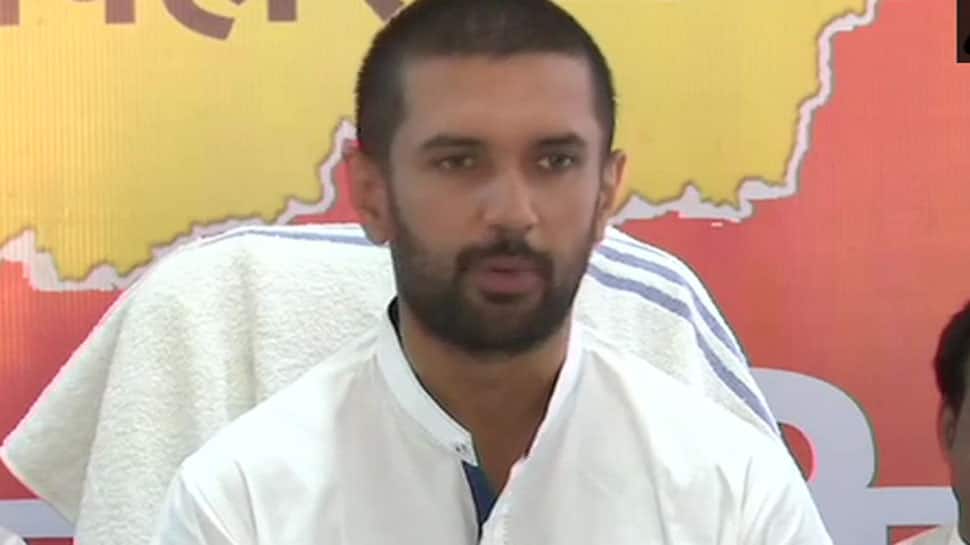 Lok Janshakti Party president Chirag Paswan on Wednesday (November 11) congratulated Prime Minister Narendra Modi for National Democratic Alliance's win in Bihar Assembly election 2020 and said that Bihar CM Nitish Kumar won only because of PM Modi. Chirag said that the voters in Bihar have expressed their faith in PM Modi and it is necessary that BJP gets stronger in Bihar in order to usher in development in the state.

Addressing a press conference, Chirag Paswan said that the LJP gave a tough fight in difficult circumstances. "We don't have much to lose but the possibilities were infinite. In 2025 elections, we will do good as we have prepared the ground in this election. We performed well on majority of the seats."

Talking about LJP's performance in Bihar Assembly election, Chirag said, "We tried our level best. I got only 10 days to prepare post my father's death. Happy that Bihar gave love to LJP, around 25 Lakh voters trusted 'Bihar First, Bihari First' & we secured 6% votes while contesting alone. We were called 'pichhlaggu party' that can do something only with other's support. We showed courage."

An edge of seat contest unfolded on Tuesday night in Bihar as the ruling National Democratic Alliance (NDA) secured a majority in the 243-member assembly and the RJD-led opposition alliance giving it a tough competition. The Bharatiya Janata Party (BJP) has won 74 seats, while the Janata Dal (United) has won 43 seats.

Of the 243 seats, 125 have gone in favour of the ruling coalition headed by Chief Minister Nitish Kumar and 110 to rival Grand Alliance. The RJD emerged as the single-largest party in the House with 75 seats.The LJP won only one seat.

Asaduddin Owaisi's AIMIM was the surprise winner as his party clinched five seats in the Seemanchal region having a large Muslim population. Its Grand Democratic Secular Front (GDSF) ally, the BSP, has pocketed one seat.