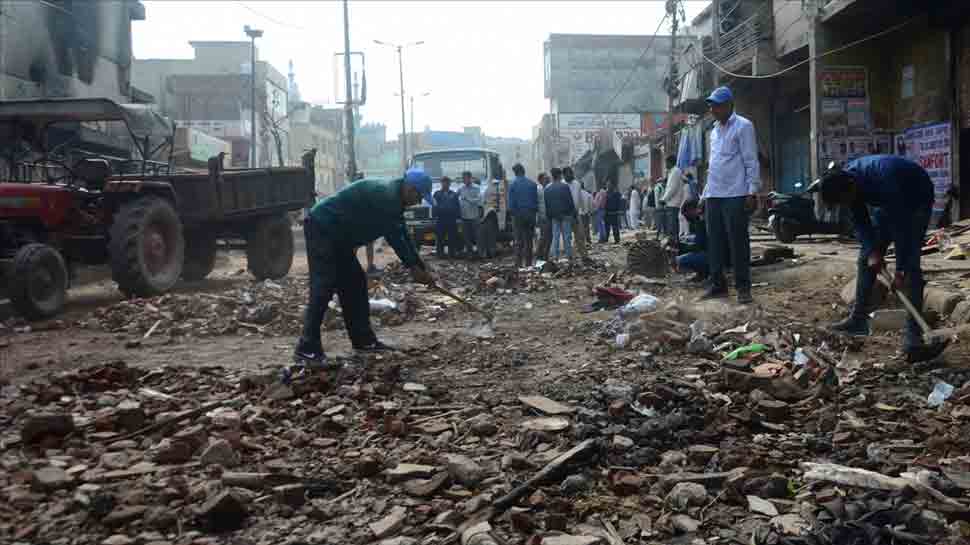 New Delhi: Almost five days after violent clashes rocked the northeast district of Delhi over the Citizenship Amendment Act, another body was recovered from a drain in the Gokulpuri area of the national capital on Sunday (March 1). This is the fifth body that has been recovered from the Ganga Vihar drain in Gokulpuri till now.

Meanwhile, the identity of the deceased is yet to be ascertained.

At least 43 people including a Delhi Police Head Constable were killed while over 250 people sustained serious injuries in the violence that started with stone-pelting at Maujpur Chowk in Jafarabad area between pro and anti-ACC protesters on Sunday and later escalated to communal clashes in several parts of the northeast Delhi constituency. However, the number of people who are stilling missing remains unclear.

Two Special Investigation Teams (SIT) have been constituted under the Delhi Police's Crime Branch to investigate the violence. 73 companies of additional forces were deployed in the riot-hit areas on February 24.

A total of 167 FIRs have registered and 885 persons have been either detained or arrested so far. Additionally, 36 cases of arms act have been registered.

Schools in the violence-affected areas of northeast Delhi will remain closed till March 7 as the situation is not conducive for conduction annual examinations, the Directorate of Education (DoE) announced on February 29. The CBSE, which had also postponed classes 10 and 12 board exams in North East Delhi and parts of East Delhi till February 29, said that class 10-12 board exams will be conducted as per schedule from March 2.

The DoE has written to the Delhi Police seeking adequate force deployment in and around exam centres.