A surprise pick, Om Birla's name, sources said, was proposed by Prime Minister Narendra Modi himself for the post. 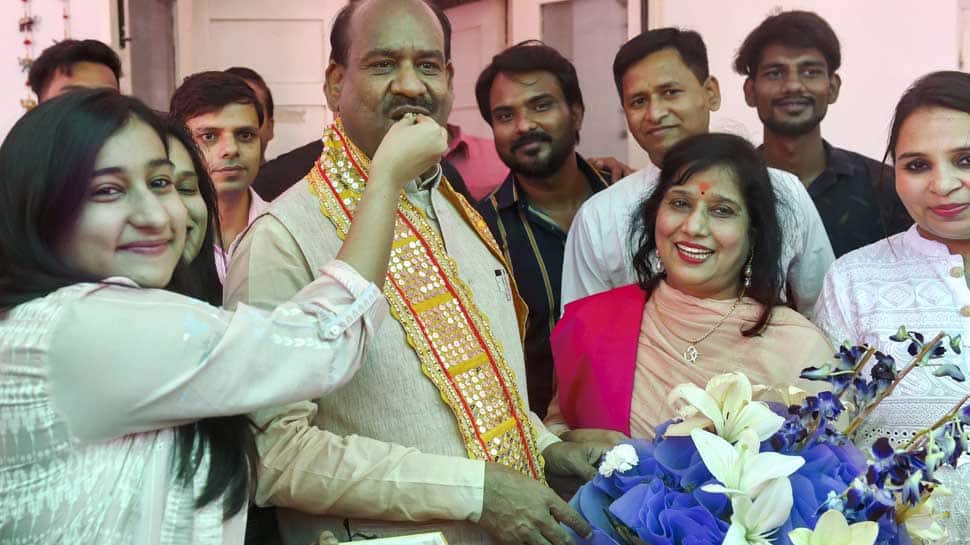 New Delhi: The BJP-led NDA's nominee for the Lok Sabha Speaker, Om Birla -a two-time BJP MP from Rajasthan - is a relative newcomer for the post traditionally held by seniors members of the Parliament.

A surprise pick, Birla's name, sources said, was proposed by Prime Minister Narendra Modi himself for the post.

The Rajasthan leader is considered to be close to both PM Modi and BJP president Amit Shah.

Starting his political journey as a student leader, the 57-year-old leader has also been elected to Rajasthan assembly for three consecutive terms in 2003, 2008 and 2013.

Birla, who won his first Lok Sabha election in 2014 and was again elected this year from Rajasthan's Kota-Bundi seat.

He defeated Congress's Ramnarayan Meena with a margin of over 2.5 lakh votes in the Kota-Bundi Lok Sabha seat in the recently concluded 2019 general election.

A conscientious parliamentarian, Birla has registered a 86 percent average attendance in the House, has asked 671 questions, participated in 163 debates and introduced six private member's bills during the 16th Lok Sabha.

For 12 years since 1991, Birla was a key leader in Bharatiya Janata Yuva Morcha as president at state level first and then the vice-president at the national level.

He is a member of the Standing Committee on Energy in Parliament, member of Committee on Petitions and Consultative Committee for Ministry of Social Justice and Empowerment.

However, this will not be for the first time a relative newcomer will hold the position.

In 1996, TDP leader CM Balayogi was also a two-time MP when he was elected as the LS Speaker and after his death in a helicopter crash in 2002, Shiv Sena leaders and the first-time MP Manohar Joshi was appointed to the position.