The previous TDP government under Chandrababu had ordered for the construction of Praja Vedika, a building Jagan Mohan Reddy says flouts several norms. 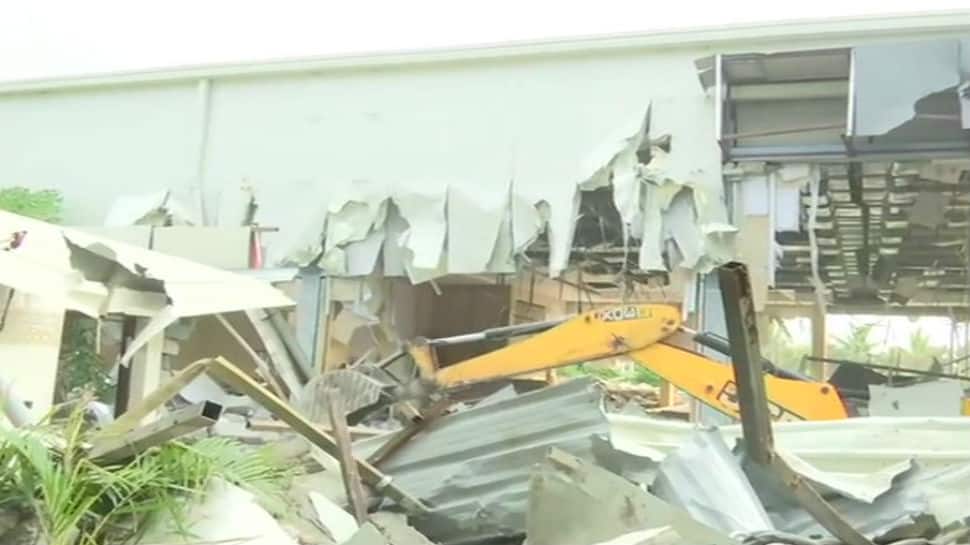 Praja Vedika bore a dilapidated look just hours after JCBs moved in on Tuesday night to begin its demolition on the orders of Andhra Pradesh CM Jagan Mohan Reddy. The building had been constructed on the direction of Jagan's predecessor Chandrababu Naidu.

A key government building, official meetings were held in Praja Vedika till as recently as Monday. It was also on Monday when Jagan, in a meeting here, said that the construction of the building had flouted several norms, rules and regulations. The order for it to be demolished is being seen as one of many moves by Jagan to reverse decisions of the previous TDP government. "The very building and premises where we are holding this meeting is illegal and was built flouting all rules and norms," Jagan had said. "We will bring in transparency in every department and also we will take strict possible action against all the misdeeds of Chandrababu Naidu and the Telugu Desam Party government."

The previous TDP government under Chandrababu had ordered for the construction of Praja Vedika - in close vicinity of the former CM's residence on the banks of Krishna River - at a cost of approximately Rs 10 crore in 2015. By Wednesday morning, several walls of the building had been brought down and a cloud of dust had engulfed the area. JCB machines continued with the demolition work which is expected to last a day or two more.

While Jagan has been reversing many decisions of the previous state government since winning the Assembly election here earlier in 2019, TDP has been breathing fire. "It is clear that the Chief Minister is pursuing vindictive politics here. Why should he demolish a building just because it was built by TDP government? Instead, if he doesn't want to use it, he can convert into some facility which will be useful for general public,'' TDP MLC Buddha Venkanna had previously said.