Over 6126 passengers flown out of Kashmir after J&K govt's security advisory: AAI

A day after Jammu and Kashmir government issued an advisory asking tourists and pilgrims curtail their Amarnath shrine visit and leave the state immediately, at least 6126 passengers have been flown out of the Kashmir Valley through civilian and military aircraft. 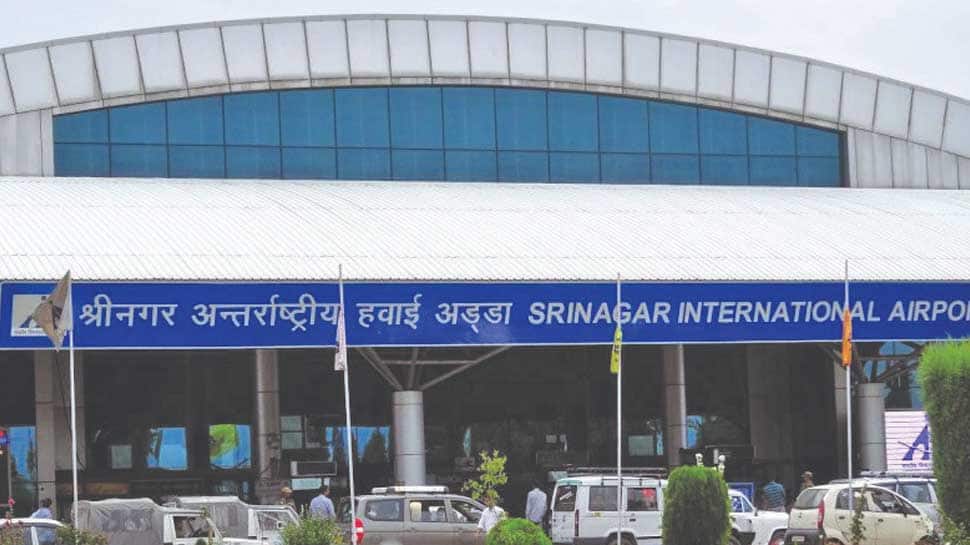 NEW DELHI: A day after Jammu and Kashmir government issued an advisory asking tourists and pilgrims curtail their Amarnath shrine visit and leave the state immediately, at least 6126 passengers have been flown out of the Kashmir Valley through civilian and military aircraft.

This was announced by the Airport Authority of India (AAI) on Saturday.

While 5,829 passengers travelled through 32 scheduled flights, 387 passengers were transported through the Indian Air Force (IAF) aircraft, it said.

"Further to an advisory issued by J&K government, 6126 passengers reported at Srinagar International Airport today for travelling back out of the Valley. Out of this, total 5,829 passengers travelled by 32 scheduled flights. Remaining 387 passengers were accommodated in 4 IAF aircraft and flown to various destination like Jammu, Pathankot, and Hindon," the AAI said in a statement.

The AAI further stated that it extended all possible support to the passengers by ensuring their ''safety and security'' at Srinagar airport.

All passengers were flown out of the Valley in a planned and systematic manner, it added.

The AAI said that the entire operation to transport tourists was conducted by its officials in close coordination with the IAF, the state police, the Central Reserve Police Force (CRPF), the Border Security Force (BSF) and the airlines' authorities.

J&K Governor Satyapal Malik issued an advisory on Friday urging pilgrims to curtail their Amarnath Yatra and return to their homes as soon as possible citing intelligence warning regarding possible terror attack.

Malik met a delegation of different political parties in Jammu and Kashmir on Friday and Saturday amid concerns over the prevailing situation in the state.

During the meeting, the Governor asked the leaders of the parties to ask their workers to communicate to people that they should not believe in rumours and stay calm.

In a related incident, the United Kingdom and Germany on Saturday issued a travel advisory asking its citizens to avoid travelling to Jammu and Kashmir after the Government of India advised Amarnath pilgrims and tourists to leave the state in view of the security situation.

Meanwhile, airfares for flights from Srinagar have surged after the J&K issued the advisory. For a one-way direct flight from Srinagar to Delhi, even low-cost airlines such as IndiGo, SpiceJet, GoAir and AirAsia are charging between Rs 10,000 to Rs 22,000, according to various travel portals.

The normal rates generally hover around Rs 3,000. Similarly, from Srinagar to Jammu, the current flight rates are around Rs 16,000. Other places like Amritsar, Chandigarh, and Jaipur also witnessed a jump in airfares ranging between Rs 10,000 to Rs 19,000.