Pakistan on Monday for the first time displayed some records of freedom fighter Bhagat Singh's case file including his execution certificate. 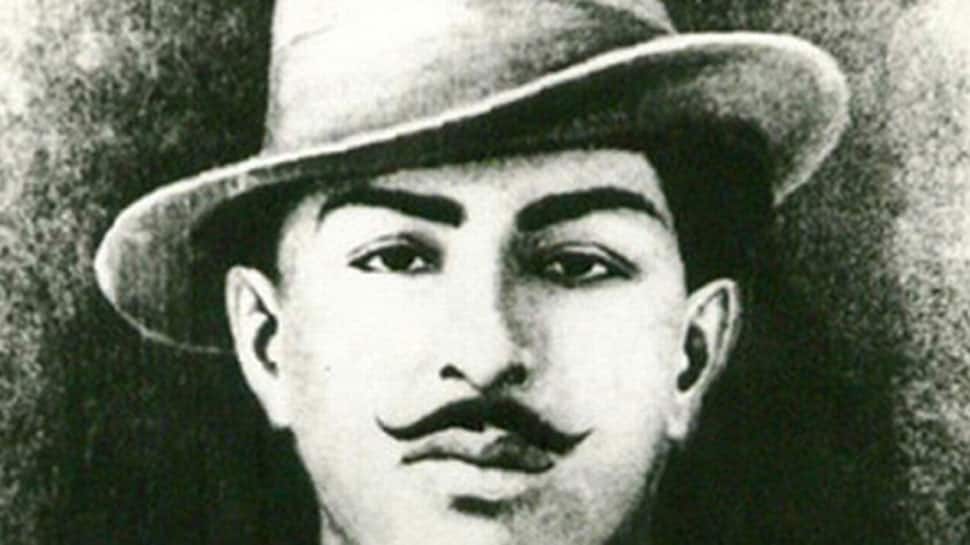 Lahore: Eighty-seven years after Bhagat Singh was hanged for the murder of a British police officer, Pakistan on Monday for the first time displayed some records of the legendary freedom fighter's case file including his execution certificate.

Singh, 23, was hanged by British rulers on March 23, 1931, in Lahore, after being tried under charges for hatching a conspiracy against the colonial government. The case was filed against Singh, Sukhdev and Rajguru for allegedly killing British police officer John P Saunders.

The Punjab Archives Department could not display the whole record of the case file of Singh as it was not reportedly 'fully prepared.'

"Today we exhibited some record of the case file of Bhagat Singh (at the tomb of Anarkali, Lahore). We will display more record, probably all files, related to this case tomorrow," an official of the department told PTI.

The record which was put on display included request of Bhagat Singh for providing order of court dated August 27, 1930, petition of Bhagat Singh dated May 31, 1929 for interview of his father, petition of Sardar Kishan Singh, father of Bhagat Singh, against the death sentence of his son and the certificate/execution of death of Bhagat Singh in Lahore district jail by the superintendent of jail dated March 23, 1931.

It also included a petition of Bhagat Singh for allowing him daily newspapers and books.

Some other record related to the manifesto of the Naujawan Bharat Sabha Lahore by BC Vohra, several clippings of the daily VIRBHARAT and etc.

"We will display more clippings of newspapers and other archives related to Indian independence movement tomorrow," the official said.

One document about the execution of death sentence of Bhagat Singh says, "I (superintendent of the jail) hereby certify that the sentence of death passed on Bhagat Singh has been duly executed and that the said Bhagat Singh was accordingly hanged by neck till he was dead at Lahore Jail on 9 pm Monday the 23rd day of March 1931. The body was not taken down until life was ascertained by a medical officer to be extinct; and that no accident, error or other misadventure occurred."

Revolutionary Singh significantly did not end each application with the customary 'yours truly' or 'obediently'. Instead he chose the words "Yours etc. Etc." showing his resilience in the face of tyranny.

The case files also contain documents showing how the British India police and agencies had busted the team of Bhagat Singh comprising around 24 to 25 members from different parts of India and established their links with the Hindustan Socialist Republican Army and the Naujawan Bharat Sabha.

Bhagat Singh's father Sardar Kishan Singh filed a petition in court on July 29, 1930, against the death sentence of his son and his comrades Rajguru and Sukhdev.

He pleaded the court that "no reliance should be placed on the evidence of alleged eyewitnesses when Bhagat Singh was brought from Delhi to Lahore during the course of investigation in the murder case of Saunders.

"Bhagat Singh was not taken to the central jail or the Borstal Institution where the prosecution witnesses could have no opportunity to see him before the formal identification parade held by the magistrate at the Cantonment police station.

"The distance between the Lahore Cantonment police station and the central jail is only few miles. Bhagat Singh could very easily have been brought to the central jail, and identification parade could have been held there.

The decision to display the case record of Bhagat Singh and others has been taken at a recent meeting of the Punjab government top bureaucrats headed by chief secretary Zahid Saeed.

"The meeting decided that Bhagat Singh was the independence movement hero of both India and Pakistan. The people of the country have the right to know about his (Singh) and his comrades' great struggle to get freedom from the British Raj," the official said.

Appraisal season: Uttarakhand MLAs give themselves a 100% salary hike