Pakistan should be the last country to lecture us: India lashes out at Imran Khan over minorities issue

Ministry of External Affairs spokesperson Raveesh Kumar said that “Pakistan should be the last country to lecture” India on “plurality and inclusive society”. 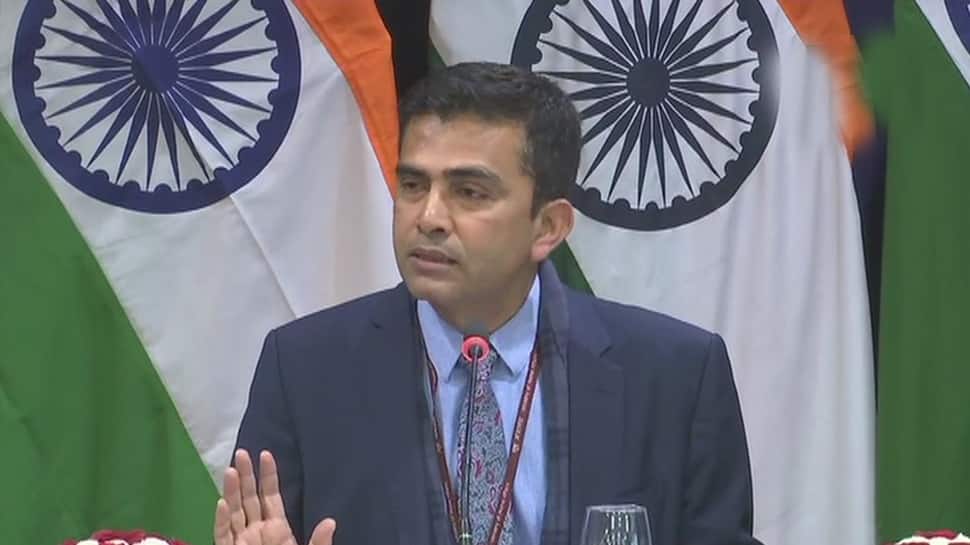 India on Friday lashed out at Pakistan over country’s Prime Minister Imran Khan’s recent remark on the condition of minorities in India. Addressing mediapersons, Ministry of External Affairs spokesperson Raveesh Kumar said that “Pakistan should be the last country to lecture” India on “plurality and inclusive society”.

“Pakistan said minorities are not treated well in India, I think Pakistan should be the last country to lecture us on plurality and inclusive society. We and the world are fully aware of the situation of minorities in their country,” said the MEA spokesperson.

In December, Imran Khan had targeted India over issues concerning minorities, following a video of critically-acclaimed actor Naseeruddin Shah. The Pakistan Prime Minister had alleged that members of the minority community were unsafe in India and were not being treated as equal citizens. He had further said that the Pakistan Tehreek-e-Insaf government would “show” the Narendra Modi government in India as to “how to treat minorities”.

Later, when Pakistan celebrated the birth anniversary of Muhammad Ali Jinnah, Imran Khan raked up the issue again, saying Jinnah fought for a separate nation for Muslims because “he realised that Muslims would not be treated as equal citizens by the Hindu majority”.

Taking to microblogging site Twitter, the Pakistan Prime Minister wrote, “Quaid envisaged Pakistan as a democratic, just and compassionate nation. Most importantly he wanted our minorities to be equal citizens. It should be remembered that his early political career was as an ambassador for Hindu Muslim unity.”

Meanwhile, the MEA spokesperson also question Pakistan’s intention for resumption of dialogue with India. He said, “If Pakistan is ready for dialogue, why hasn't Pakistan taken any action against Mumbai and Pathankot terror attack perpetrators? They continue to provide support to the banned terrorist outfits.”